Under the banner of the National Science Agenda, thirty scientists from various institutes of higher learning have formed a broad consortium with a large number of companies, NGOs and innovative networks in a three-year programme entitled Transition to a sustainable food system. It is the first transdisciplinary consortium in the Netherlands to work on a transition of the complete food system. The Ministry of Agriculture, Nature and Food Quality was the initiator of the call for proposals for this programme, which is funded by the Netherlands Organisation for Scientific Research (NWO).

Knowledge institutions and the professional field have joined forces in this programme because they believe that a fundamental transition of the complete food system is required, rather than only changing parts of the system or fighting symptoms. “Food is a crucial part part of our culture and our wellbeing “, says Frederike Praasterink, secretary of the chair Future Food Systems of HAS University of Applied Sciences.

Hans Dagevos at Wageningen Economic Research is also enthousiastic about the project: “As part of the fundamental character of this project, we will try to find out what’s going on beneath the surface. There are differing views on what a sustainable food system should look like today and in the future because these views are based on different, often implicit visions of the world and its future. We want to make these visions explicit and work out how these ‘mental models’ function.”

What are the problems with the food system?

Food production systems also contribute to climate change, loss of biodiversity and unsustainable water use. Last but not least are the problems with social injustice. Both within and outside Europe, wages in food sectors such as agriculture are often low, or child labour is used. Furthermore, many food supply chains focus on maximum production for a minimum price, leaving farmers with only very little room for manoeuvre.

A fundamental transition is preferable to ‘only sustainability’

It is not enough to only make the current food system more sustainable. The complex mix of factors makes it necessary to fundamentally change the food system. This project focuses on the Dutch food system, but also gives due consideration to international dimensions. According to Hans Dagevos, in addition to a critical look at the problems in the Dutch food system, it is also time to consider the opportunities: “Where it is often taken for granted that the Netherlands plays a leading role in food sustainability, we question this assumption. What are the grounds for this idea that the Netherlands is such a pioneer? Maybe the success of the agricultural and food system developed in the Netherlands is an ideal starting point to make the transition to a sustainable food system.”

The way the Consortium works

Hans Dagevos is part of a group that is analysing different visions on sustainable food systems. How do the people who are part of the system think about solutions? What are their visions and what motivations lie beneath? Have solutions been overlooked?

“For example, if you strongly believe that technology is the solution, then you might focus less on small regional food chains, such as buying from your local farmer,” explains Dagevos. “While if someone believes everything has to be organic, they might easily overlook that sustainability can also be achieved with intensive high-tech food production.” His research group will also build a library of contemporary research and policy documents so they can study the solutions that have been proposed to date, and which aspects these emphasise or in fact neglect.

The consortium will also build a transdisciplinary community of various scientific disciplines and stakeholders in food systems that will continue to develop joint projects and help implement the results after the project has ended. 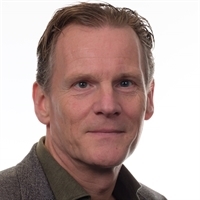 Do you have a question about a more sustainable food system? Ask our experts: dr. JC (Hans) Dagevos
Contact form + Show more (1)