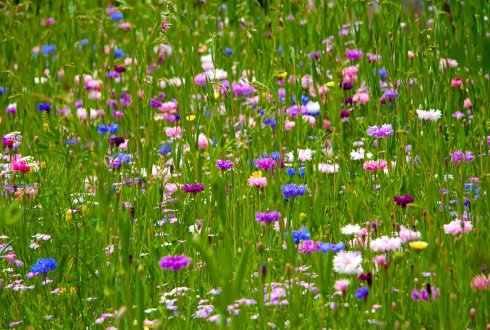 A Deliverable report has been published on the selection of indicators for EBONE. The main aim of this report is to assess which biodiversity indicators should be selected as the basis for developing new EBONE methodologies for assessing biodiversity.

These methodologies will combine different types and scales of biodiversity relevant observations and form the basis of recommendations on the design and implementation of the European Biodiversity Observation Network.

The development of EBONE and the choice of these test indicators are set in the context of the emerging goal to develop a GEO (global) Biodiversity Observation Network (GEO BON) and its implementation within an institutional framework operating at the European level. One of the main requirements from EBONE will be to provide continued access to data for CBD reporting against the 2010 target at national and European levels. Hence, the indicator selection process began with a brief overview of biodiversity indicators used (or proposed) in large scale (national, continental or global) programmes. It covered indicators in the GEO Global Biodiversity Observation Network (GEO BON), the European CBD indicators (SEBI), composite indicators and indicator taxa. It also made use of results and ongoing efforts of European research projects.

The lack of data is probably the biggest constraint on the development and use of indicators for large-scale (national, European and global) biodiversity assessments. Two of the key questions EBONE is addressing are: (i) can we make better use of the existing biodiversity observation data (e.g. to produce indicators) by combining them in novel ways and making better use of remote sensing technologies; and (ii) are there some simple observations that could be used across Europe within existing programmes that would give added value to existing data? The types of data we are looking to combine in this process are collected at different scales and with different methodologies and levels of sampling intensity. They include: (i) in-situ biodiversity survey and monitoring data on species or habitats i.e from field observations or samples; (ii) in-situ biodiversity data from Long-term Ecosystem Research Sites (LTER) in Europe; and (iii) remote sensing data, from both satellite and airborne data sources.

Data to be collected

Minimum recommended parameters to be collected at LTER-Europe Sites.

In the FP5 BioHab project a habitat monitoring system has been developed that enables consistent recording and monitoring of habitats across Europe, and potentially, globally. The habitat monitoring methodology that EBONE is using is based on the methodology developed in BioHab and has 154 General Habitat Categories (GHCs) derived from 16 easily identifiable Life-Forms and 18 Non Life Forms. This GHC methodology provides an easily repeatable system for use in the field that can be cross-related to other habitat classification schemes such as Habitat Directive Annex I and EUNIS. The GHCs can be easily identified on the ground, because they are based on Life Forms and Non Life Forms. They may provide the lowest common denominator linking to other sources of data required for assessing biodiversity e.g. phytosociology, birds and butterflies. They may also be more easily discriminated from the air or space using remote sensing methods because the system is based on habitat structure. The approach provides an extremely powerful assessment tool for biodiversity, providing a missing link between detailed site-based species, population and community level measures and extensive assessments of habitats from remote sensing.

One of the main aims of EBONE is to develop and test methods aimed at realising the potential of BioHab as a core component of a European Biodiversity Observation system. To identify appropriate indicators for this development work we undertook an expert assessment of the SEBI “Streamlining European 2010 Biodiversity Indicators” set of 26 indicators taking account of: the availability of data; and the potential added value of combining data from different sources (including BioHab) to produce a more cost-effective set of indicators.

The conclusion of this assessment was that EBONE would focus its initial development work on three main headline indicators covering: (i) habitats of European interest in the context of a broad habitat assessment; (ii) abundance and distribution of selected species (birds, butterflies and plants); and (iii) fragmentation of natural and semi-natural areas.

Two additional indicators were also identified that might fill key gaps in the SEBI set. These were related to: (i) indicators of climate change impacts on biodiversity and ecosystems; and (ii) assessments of ecosystem services. These two areas may be considered again later in the project as methodologies for combining data from different sources are developed.

Work will now focus on the statistical aspects of inter-calibration and the development of criteria for assessing the added value of combining data from different sources.