A year-long collection of mosquitoes with self-made traps and over a hundred volunteers in rural Rwanda reporting levels of mosquito nuisance revealed when and where malaria risks were the highest. In addition to their reporting, the volunteers appeared to distribute knowledge and skills on controlling malaria within communities. Two PhD-studies by Wageningen University & Research and the University of Rwanda show that citizen science has great potential to reduce the disease burden across the globe.

Every year, over 200 million malaria cases are reported globally resulting in over 400 thousand deaths. Cases of malaria in Sub-Sahara Africa have been on the rise in recent years. In Rwanda, the number of cases increased from 1.1 million in 2012 to 4.7 million in 2016. This increase was observed across all age groups. The 10 districts with the largest number of cases accounted for more than 62% of all malaria cases, mostly in the eastern and southern provinces.

The World Health Organization calls for investment in new approaches and tools to accelerate progress in controlling and eliminating malaria. Implementing widespread mosquito surveillance to produce maps of malaria risk is crucial in cost-effective control of malaria. Relatively little is known about how to engage local people in consistent malaria control. In their PhD-studies, Domina Asingizwe and Marilyn Milumbu Murindahabi demonstrated the potential of citizen science in malaria mosquito surveillance and control in low resource settings in the Ruhuha sector of Rwanda. Their research focused on five villages in rural areas where mosquito monitoring was not established. Local citizens played an important role in determining the research activities.

Malaria hotspots on the map by reporting mosquito nuisance

These studies show that malaria hotspots can be identified by asking people to regularly report the level of mosquito nuisance experienced as well as the occurrence of malaria cases in the household. For one year, more than one hundred households reported the nuisance levels ranging from 1 (no nuisance) to 5 (very much nuisance) every month. Malaria hotspots were found more in the southern part of the Ruhuha Sector, especially in the villages Busasamana and Kibaza. Villages closer to the river and located at lower elevation had more malaria cases.

In total, 66% of the households reported at least one confirmed malaria case in their household throughout the study period. Nuisance levels were the highest from December, January and February. During these the months, on average high numbers of mosquitoes were also caught with hand-made traps. Furthermore, Kibaza and Busasamana were the villages where most malaria mosquitoes were collected by the volunteers.

Reason for women to participate: curiosity and desire to learn

The motivation to participate varied between age and gender groups. Young volunteers and women were more motivated to join the programme because of curiosity and a desire to learn new things. In general, adult volunteers and men were motivated to join because of the contribution to malaria control. This means that different segments of the population have different motivations and indicates that in a citizen science program, target groups may require different approaches to recruitment and retention.

Both volunteers and non-volunteers gained knowledge and skills about the use of malaria control measures in general, and mosquito species in particular among volunteers. Acceptance of the application of indoor residual spraying increased for about half of the participants. The reported knowledge among non-volunteers shows the diffusion of project-related information. This shows that a citizen science programme has the potential to both engage those who are directly involved in the collection and submission of citizen science data and improve community health by addressing public health problems.

Implementing and managing citizen science networks is not easy, but the results show that a citizen science programme for malaria control has potential to extend malaria vector surveillance into areas where mosquito monitoring is not established. It allows for a more detailed insight in the spatial and temporal variation in malaria risk. The active involvement and interaction with citizens results in a much-needed broad societal support for implementing malaria control actions in collaboration with local health authorities.

The research findings and lessons learned during the two PhD projects and published in the PhD reports, as well as in a large number of scientific papers, provide a valuable resource for other regions in Africa and elsewhere that aim to control malaria. 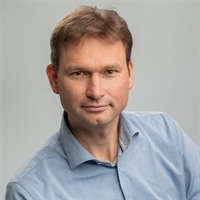