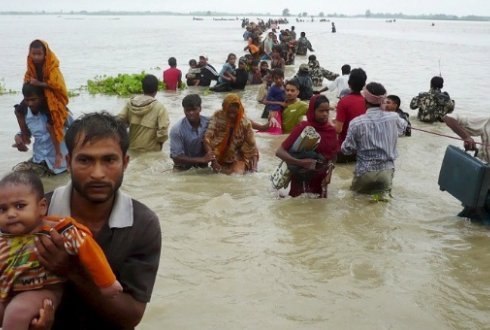 The consequences of climate change will affect all segments of our society. However, the severity of these effects will largely depend on where the communities are located and the wealth of its members. Several WUR departments are working on climate change topics.

Multiple factors affect people’s decision to move. Factors such as distance, connections and information, possibilities for work, or cultural and political factors, influence where people will and can settle after a forced departure from their homes, and whether they can or want to leave in the first place. Most affected communities move short distances and within national borders, often maintaining a close link with their hometown or region.

This more nuanced picture of the relationship between
environmental change and migration contrasts with the apocalyptic
view of climate migration often mentioned in the news and depicted
in movies. In this context, Ingrid Boas and her colleagues regularly
highlight the complex and everyday empirical realities of the issue
when offering expert advice to the Dutch Government, the United
Nations, the European Commission, NGOs and the media on this
subject. This to ensure that newly designed policies properly
address the problems at hand and help those in greatest need in an
appropriate manner. It is also intended to avoid stigmatising
migrants, and the places from which migration originates, as
dangerous.

More examples from our research portfolio