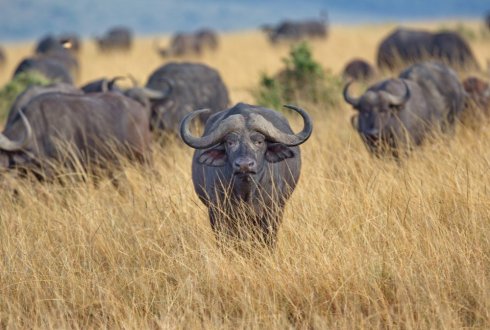 Frank van Langevelde has been appointed professor and chair of the Wildlife Ecology and Conservation group at Wageningen University & Research. This group is formerly known as the Resource Ecology group and has been renamed now. He succeeds Prof. Herbert Prins, who retired on 31 October. The appointment has taken effect as of 1 October 2019.

His motivation for this study was his interest in ecological processes on a landscape scale together with the possibility of modeling these processes and collecting field data to test these models. As a postdoc and researcher, he worked on various projects in Burkina Faso, Kenya and South Africa. In 2002, he was appointed as assistant professor within the Wildlife Ecology and Conservation (at that time: Resource Ecology) Group, followed by an appointment as associate professor in the same group, and since 2018 he has held the role of interim chair holder. He is also an honorary research fellow at the University of KwaZulu-Natal in South Africa. He is currently president of the Resource Modeling Association, an association of researchers at the interface of mathematics, environmental sciences and natural resource management.

How animals deal with stress

Frank van Langevelde conducts research on how animals – especially large grazers – can adapt to stress (such as insufficient food or food of low quality, high or low temperatures, predators or disruption by humans). This stress can lead to both an increase as well as a restriction in the movements of animals, with consequences for habitat and diet choice. With his team members, he will mainly focus on the connection between ‘wildlife ecology’ and ‘wildlife conservation’. Changes in land use and climate offer opportunities, but also pose threats to wild populations and their ecosystems. Through empirical and theoretical research, the team lays the foundation for the sustainable management of these populations.