The Lumbricus programme contributes to solving the current soil and water problems in raised sandy soils. And the problems we will encounter as a result of climate change.

Raised sandy soils in the Netherlands, showing both eastern and southern Netherland

Raised sandy soils are associated with a number of difficult problems when it comes to the functioning of the soil and water system. Whereas much of the Netherlands can be supplied with water from the primary water system (the major rivers and IJsselmeer), this is not possible for raised sandy soils, or only to a limited extent. The vast majority of raised sandy soils have to make do with the water which is already there or falls from the sky. As such, the sources of fresh water are different than in the lower-lying parts of the Netherlands and so, therefore, are the ways of dealing with them. The Lumbricus programme runs from 13 December 2016 to 31 December 2020; several subsidiary programmes started in autumn 2016.

If we do not tackle the problems of increasing water extremes, soil degradation, nutrient-rich water bodies and fragmentation of governance in a coherent manner, the resilience of the soil and water system will decline further in the future and the risk of serious damage and perhaps even disasters will increase. This task calls for knowledge development and innovations for workable and climate-robust solutions. Within the Lumbricus programme, existing concepts will be developed further and tested in practice. New instruments, tools and concepts will also be developed, applied and improved. In this way, the Lumbricus programme will achieve valorisation and contribute to innovative, integrated soil and water management.

Due to the importance of an integrated approach at the level of river basins, programme activities and measures are being focused on two test sites in the eastern and southern Netherlands, respectively. These areas have been specifically chosen because the water boards and partners are dealing with complex tasks over the next few years. These involve major investments and mean there is a strong dynamic which calls for an integrated approach and innovations.

Because the various components of the pilot projects clearly differ in physical terms (soil, water and land use), a wide range of options can be studied in different circumstances. As such, Lumbricus will contribute to generic solutions and methods which will be transferable to other locations.

Although an integrated approach has precedence within the Lumbricus programme, for practical reasons four themes have been defined:

Conscious Soil, focusing on the soil as the key for supplying moisture and nutrients for agriculture and nature and on sustainable soil and water management for healthy soil in relation to different uses;

Welling Water, focusing on optimising water management in a river basin, with all water-related tasks being tackled in a coherent manner;

Compelling Stream Valleys, focusing on optimum use of natural processes for the development and management of streams (and small rivers) and stream valley soils within the hydrological catchment area;

Good Governance, focusing on the governance issues which play a role in achieving a climate-robust configuration of the soil and water system.

The four themes as they relate to the test site 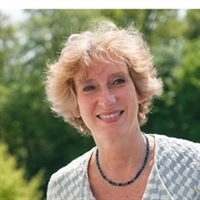