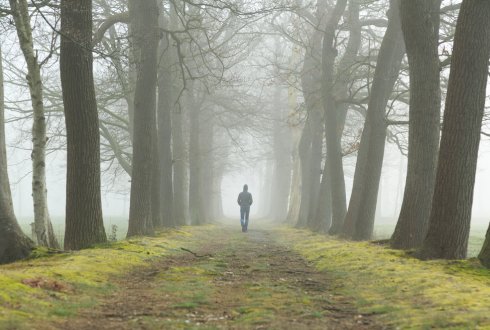 In living environments with more natural elements, such as greenery or water, residents suffer less frequently from anxiety disorders than in environments that contain fewer of these elements. They also report having better overall health. These findings come from the research of Sjerp de Vries, from Wageningen Environmental Research (Alterra), in collaboration with the Trimbos Institute, into the relationship between the quality of the living environment and the health of its inhabitants.

The research used data from NEMESIS-2 (Netherlands Mental Health Survey and Incidence Study-2), a large-scale population survey conducted by the Trimbos Institute into the mental health of adults. This research is based on a representative sample of more than 6600 people, who were interviewed orally. Based on their home addresses and the Land Use Database of the Netherlands (LGN) from Alterra, the quantity of greenery and water within 1 kilometre of the residence was determined. Greenery was defined broadly: not only parks, but forests, natural areas, and agricultural areas were included

Whether or not someone suffers from an anxiety or mood disorder is determined by the Composite International Diagnostic Interview (CIDI). Anxiety disorders occur less frequently in the presence of more greenery and/or water in the living environment. Mood disorders, including depression, only occur less frequently near water. The amount of water in the living environment is linked more strongly with mental illness than the amount of greenery. This means that for 15% water within 1 km, the chance of having an anxiety disorder is 25% smaller than for 5% water within 1 km. The connection with water is also stronger than with greenery when it comes to self-reported overall health. These results are not explained by the urban character (housing density) of the neighbourhood or the socio-economic status of the respondents. The connections that have been discovered do not necessarily mean that there is a cause-effect relationship, but other studies corroborate many of the findings.

"In practice, it is virtually impossible to provide existing living environments with substantially more natural elements in the near future," says Sjerp de Vries. “But perhaps the natural elements that are already there can still be made more accessible. Furthermore, in the field of mental healthcare, utilising existing natural elements should be considered from both preventive and therapeutic perspectives."

Click here for the “Local availability of green and blue space and prevalence of common mental disorders in the Netherlands” published in the British Journal of Psychiatry Open.