The forests in the Amazon are referred to as ‘the lungs of the planet’. Although this metaphor does not cover things completely (lungs take oxygen in and emit CO2; growing forests absorb CO2 and emit oxygen), the area itself is very important for life on Earth. The current fires are a matter of great concern. Researchers of Wageningen University & Research explain the situation on the basis of six questions.

How unique are the fires in the Amazonian forests?

Fires in the Amazon occur every year. Especially in the dry season, that recently started. This is the time in which farmers are clearing their arable lands in preparation for a new planting season. To be burning is a widely used way of doing so. Not just in the Amazon, but for example also in Africa. Also, fire is used after tree felling to get rid of the chopped trees and create in this manner new lands for cattle raising. And in the south of the Amazon burning takes place for the sake of soy-bean cultivation. This means that it is not unusual that fires occur in this time of year, but now the number of fires is apparently a lot more than it was in earlier years.

What is known about the size and the cause of the fires?

The figures of the Brazilian National Institute for Space Research (INPE) point to an increase by around 84% in the number of fires compared to last year. These figures are based on satellite images. Because these images do not show the number of fires, but the number of flames through satellite detection, it is not clear yet how sharp the increase exactly is. The size of the fires can best be assessed on the basis of the surface area that will eventually appear as having been burned, plus its distribution throughout the area. This will eventually give more clarity on the causes as well. The satellite images show that the wildfires are especially burning in the Western Amazonian area, which is wet and not prone to natural fires. They occur also on the edges of the Amazon that have a lot of agricultural activity. This gives way to the suspicion that people have lit the fires. It seems that the fires accompany the current increase in deforestation activities.

Why do the current fires raise a lot of concern?

This is because of the special quality and vulnerability of the area. The Amazon is the world's richest area in biodiversity, with many rare species. It houses thousands of remarkable tree-, plant- and animal species. Especially in its western part, it has a large range of species. The forests also play a very important role in CO2-sequestration. Globally this comes down to a quarter of the planet's CO2. The impact of fires on biodiversity and climate could therefore be ravaging. Besides this, the  Amazon is a relatively wet area that is less resistant to fires than for example Mediterranean areas, where wildfire can occur naturally. Nature there, has a better capacity to revive than what is possible in the Amazon rainforest.

What consequences do the fires in the Amazonian natural areas have?

Nature can recover there, but it could take a long time. This continuous burning may eventually lead to a loss of species. Fire gives way to the release of stored carbon and, at the same time, the forest can absorb less CO2, because the vegetation will have been reduced. Fires also influence the water balance of the area. Trees store a lot of water. The water will flow off, upon the disappearance of the trees. Dry periods become more intense and future fires all the more rampant. Rainfall in the Amazon stems, on top of this, partly from the forest itself, as this is regulated by water vapour. The decline of the number of trees disturbs the system and leads to less rainfall. This brings about more droughts and a larger susceptibility to fire. There are direct consequences for humans, too. The smoke and soot particles, dispersed by the fires, reduces the air quality and is harmful to health.

Are fires in nature good for anything?

Fires are not intrinsically bad. They do occur in nature sometimes, for example as a result of lightning. Plants have adjusted to fire and will return by itself (seeds, suckers or offshoot). Some plant species even depend on fire or smoke to reproduce. So, it could cause problems to fight fires in areas where it is naturally occurring. Natural fires are far less common in the wet Amazon forested areas. In those areas, most fires will have been deliberately lit. This to be clearing the area from trees and shrubs, having new grasslands for cattle breeding, or especially for preventing large fires in future. Some farmers make fire on their land every other year, to remove left-over materials and in this way diminishing fuel available for a large wildfire.

What can you do to prevent fires in nature, specifically in the Amazon?

Fires in the Amazon are mainly started by people to clear the woods. Preventing such acts of deforestation can, for this reason, significantly lower the incidence of fires. The Brazilian government has made great efforts to counteract deforestation since 2004. Proper implementation of the regulations, monitoring and stricter penalties led to deforestation going down from ~25,000 km2/per year (half the Netherlands) to ~5.000 km2/per year (Province of Gelderland) since 2004. However, from 2017 onwards deforestation has gone up again to ~8,000 km 2 in 2018. implementation of regulations and monitoring in the field is needed once more to curb acts of deforestation. In areas where a lot of forest clearance is taking place, especially in the South, there are opportunities to establish a sustainable forestry sector. This would give the forest itself a financial value, instead of just the soil. This would help its conservation. The Netherlands also can have a part in this. By buying certified wood of which the origin is known, or by importing less soy from Brazil. The Netherlands is a large importer of soy as concentrated feed for cattle. The demand for feed from Brazil can go down, if a circular agriculture, with feed from nearby, would be chosen as a target. 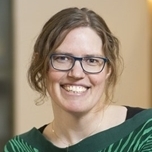 Any questions about the wildfires in the Amazon? Ask our expert: dr.ir. CR (Cathelijne) Stoof
Contact form + Show more (3)