In a special issue of Philosophical Transactions of the Royal Society B Biological Sciences, international researchers champion the role of soil as an essential foundation of society. Nature provides services that contribute to human prosperity, health and wellbeing, and these are known as ecosystem services, or Nature’s Contributions to People (NCPs). The special issue emphasises how soils make positive contributions to all 18 of the services defined as NCPs, as well as to the UN's Sustainable Development Goals. Wageningen researchers Gerlinde De Deyn (Soil Biology) and Lammert Kooistra (Laboratory of Geo-information Science and Remote Sensing) have contributed to the special issue with an article on the role of soils in creating, maintaining and restoring habitats.

The special issue comes at an important time, according to De Deyn: “The United Nations has proclaimed 2020-2030 the ‘Decade on Ecosystem Restoration’. Healthy soils are crucial to the restoration and maintenance of ecosystems.” It goes without saying that soils provide a foundation for all terrestrial ecosystems, from grasslands to forests and agricultural landscapes. Yet it is soils that are often overlooked by policymakers and businesses. A third of all soils worldwide are degraded. And poorly managed soils actually cause negative effects on ecosystem services, such as crop failures, erosion, greenhouse gas emissions and loss of biodiversity.

The maintenance of healthy soils is much cheaper than restoration. “It takes thousands of years to create soils,” says De Deyn. “In that sense, it’s a non-renewable resource. Soils are formed through the interaction between plants, micro-organisms, soil fauna, minerals and the climate. Plants take nitrogen from the air and minerals from the ground, and then they die and become a food source for soil fauna, fungi and bacteria. These break down the dead plant material into the mineral nutrients which then become available to new plants. That process gradually builds up a supply of organic material, and a diversity of soil life with all sorts of functions.”

According to De Deyn, plants should in fact be seen as soil organisms and as key actors in soil maintenance. “Without plants, nutrients quickly leach out and you interrupt the cycle of nutrients moving through the soil food web back to the plants,” she says. The process can accelerate depending on the soil type, climate and the contours of the landscape. The logging of rainforests for soy plantations in Brazil is one example. “The soil under the rainforest appears rich in nutrients because there’s so much plant growth visible from above, but these soils are often poor as a result of degradation and run-off,” says De Deyn. “The vegetation and soil life have adapted to that. If you lose that vegetation with all its underground networks of mycorrhizal fungi and the soil food web by replacing it with a monoculture, the soil will rapidly lose its diversity of species and nutrients.”

The article by De Deyn and Kooistra emphasises the importance of collaboration in maintaining and restoring soils. “We have a lot of data on soils, but they haven’t been bundled together,” says De Deyn. “We also want to find a better way of imparting this knowledge to policymakers, conservation officers and businesses, so that farmers, for example, can adopt more responsible soil management practices and be rewarded for that.”

The special edition was co-edited by Saskia Keesstra at Wageningen Environmental Research and can be accessed through this link: “The role of soil in delivering Nature’s Contributions to People”. She has contributed an article to the issue on “The Role of Soils in the regulation and provision of blue and green water” and both Keesstra and De Deyn contributed to the synthesis article “Soil-derived nature’s contributions to people and their contribution to the UN Sustainable development goals”. 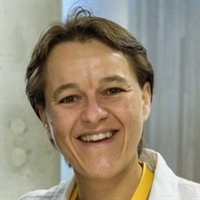 Do you have a question about soil? Ask our experts: prof.dr.ir. GB (Gerlinde) de Deyn
Contact form + Show more (1)

Read the open-access article by De Deyn and Kooistra