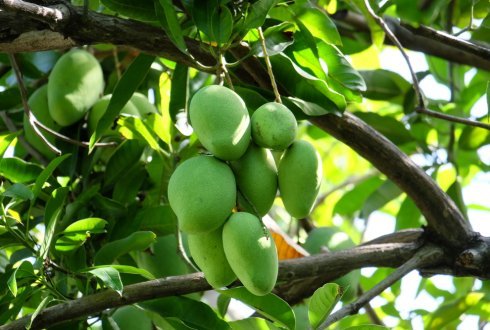 The first steps have been taken in Haiti for the export of avocados. A start has also been made to change the mango and avocado transport system and to obtain better prices for small farmers. Experts from the Wageningen Centre for Development Innovation and Wageningen Food & Biobased Research enabled this by providing technical advice, by bringing chain parties together and by introducing greater transparency in the chain.

Haiti is the poorest country in Latin America. In 2017 and 2018, Wageningen University & Research conducted a study to help improve the position of small farmers and strengthen the links between chain parties, including consumers. This research was carried out on mango and avocado chains at the request of the Haitian Ministry of Trade and Industry and the World Bank.

Haiti has been exporting mangos to the United States for decades. The mangos sell for two dollars in American supermarkets, two to five cents of which go to the farmers. By contrast, the intermediaries receive approximately 80 cents, not including the transport costs and margins for the intermediaries and the supermarket chain. It is not unusual for farmers to receive only a fraction of the consumer price, given the risks and costs involved throughout the chain. In this case, however, there is room to negotiate a better price for farmers.

Haiti does not officially export avocados; instead, they are smuggled to the Dominican Republic for further transport to the US as ‘Dominican’ avocados. The cultivation and sale of mangos and avocados is an important source of employment for the poorest parts of the country and accounts for nearly 40% of their income.

“Our role is to trigger the system to become more sustainable, more transparent and more inclusive for farmers,” says project manager Jan Brouwers of the Wageningen Centre for Development Innovation. “If the farmers’ incomes don’t improve, they will stop growing mangos and avocados despite the market demand for them.” A better system will give farmers the financial scope to make small investments in the further development of the sector.

To achieve this, the recommendation was to document the time, temperature and costs for each step in the chain. This data can then be used for blockchain or other chain information applications. In addition, the chain parties were brought together, which enabled them to collaborate and demonstrate leadership.

An initial analysis of the mango chain found that significant improvements can be made to the logistical handling of mangos with a few relatively simple steps. A lot of mangos are currently being wasted or end up as juice before they reach the Port-au-Prince port. “Encouraging farmers to pick the fruit at the right time so they only begin to ripen after transport will allow more mangos to reach the U.S. market,” says researcher Rene Oostewechel of Wageningen Food & Biobased Research. “It will also improve shelf life of the fruit and align more closely with consumer expectations.”

A second important step was to digitise the chain and make it more transparent. As a trial, several boxes of mangos and avocados were assigned a QR code immediately after harvesting. Scanning this trial code with a mobile phone would redirect the user to a web page with information about the producer, the harvest location, the temperature during transport and the distribution of revenues among chain players. It would also allow the farmer to track the shipment as soon as it departed.

This system ensures transparency for consumers and can therefore be regarded as a new form of fair trade. It also gives farmers the opportunity to remain the owner of the products until they are sold to supermarkets. Once sold, the farmers are paid out, minus the incurred costs and chain margins. In this way, farmers pay for service rather than selling their products for a low price at the start of the chain. “This chain-based approach is becoming increasingly popular and this was the first test. It makes data from the chain visible to everyone,” according to the researchers.

Now that the underlying principle has been proven successful, an experienced fruit grower will send larger-scale shipments for one year as part of a 2019 World Bank tender. This tender will involve a hundred mango growers and a hundred avocado growers. Farmers will also be trained during a follow-up project to help them fulfil the technical requirements. This will enhance the quality of their products and create more volume, greater certainty and higher revenues. 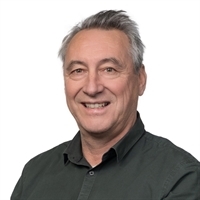 Do you have a question about the mango and avocado chain? Ask our experts: dr.ir. JHAM (Jan) Brouwers
Contact form + Show more (1)

Read more about fair trade or post harvest in the dossier: