CDI and SurveyMETER assessed contributions made towards building a vibrant civil society by Indonesian Partners of Dutch NGOs between 2011 and 2014.

This assessment contributes to a country evaluation of the Dutch Co-Financing programme that measured impact on amongst others civil society. This component assessed: changes achieved between 2011 and 2014; contributions made to these changes; their relevance, and; factors that explain these findings.

Ten Indonesian partner organisations (PO) were selected through a sampling process for the two MDGs most frequently addressed. Five out of 28 POs working on the general theme ‘governance’ were randomly selected and five out of 26 POs working on MDG 7ab: Environmental and biodiversity issues. The evaluation used the CIVICUS framework.

We developed a participatory, theory-based evaluation methodology that acknowledges the complexity of change processes related to civil society strengthening and policy influencing. Data were collected through workshops and interviews with the PO: interviews with outsiders and; document review. Triangulation was built in to come to robust and reliable findings. SurveyMETER collected data in 2012 (baseline) and in 2014 (end line).
The five CIVICUS dimensions helped to formulate a standard set of indicators used to assess changes. Contributions made were assessed through a Process-Tracing protocol for those five SPOs that had the most important budget allocated to civil society strengthening: A quick assessment method helped to assess contributions made by the remaining POs.
Relevance was assessed against the Theory of Change constructed in 2012; the context in which the PO is operating and the policies of the Dutch partner.
Explaining factors looked at those related to the PO: its external context and; its relation with its Dutch partner. 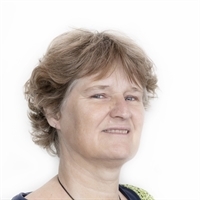 All ten PO evaluations and the comprehensive country report can be downloaded below: