Phosphonates or phosphonic acids are widely used as effective water softeners in cooling water systems, as important inhibitors for corrosion and scaling and as active compounds in cleaning agents. At discharge, the compounds end up in the surface water. Free phosphates, e.g. originating from fertilizer application, are also found in surface water. Phosph(on)ates and their metabolites, harm the aquatic environment and jeopardize the production of drinking water. Phosphonates are defined as Priority Substances by the EU.

WFBR is looking for partners to investigate a circular economy approach by developing a generic integrated and chemical free adsorption/desorption separation concept and its application for removal and recovery of these phosph(on)ates to improve water quality.

Phosphonates effective in cleaning agents, but the environment does not have to be cleaned

Phosphonates or phosphonic acids are widely used as effective water softeners in cooling water systems and as important inhibitors for corrosion and scaling, for example in desalination plants. Another important application of phosphonates is their use as active compounds in cleaning agents. A large part (up to 50%) of all produced phosphonate compounds eventually end up in the surface water. Phosphonates and their metabolites, e.g. AminoMethylPhosphonicAcid (AMPA) and phosphate, harm the aquatic environment and jeopardize the production of drinking water.

Another typical, widespread phosphonate compound, is glyphosate, the active molecule of the herbicide Roundup and of major public concern and defined as Priority Substances by the EU. Moreover, phosphate originating from fertilizer application by farmers, is often found in waste- or surface water, causing eutrophication. Therefore, there is a need to remove and, if possible, to recover/reuse compounds containing (scarce) phosphate as much as possible. The current state of the art in biological waste water treatment is however, to transfer phosphates towards sludges. This process requires thermal processing to recover phosphates and biological waste water treatment is not at all suitable to remove or recover phosphonates.

Consortium targets to recover phosphonate and phosphate by magnetic adsorption-desorption

The goal of this project is to develop process to improve water quality by removing and recovering phosphonates and their possible metabolites from aqueous emissions of industrial facilities such as chemical plants, water- or cooling systems, and also for waste - and surface water treatment. Here, the water quality is improved by applying a reversible magnetic separation technique in which the alternating adsorption/desorption cycles are optimally tuned “in-situ” without the addition of chemicals to prevent the formation of additional “acidic and basic” waste streams. This allows metabolites like AMPA to be separated at high concentration, and to be recovered. As a result these removed phosphonates and/or orthophosphate can be reused while improving on EU water quality.

The initiative will be submitted for a Public Private Partnership (PPS) funded project to TKI. As co-funding partners we invite companies that are involved in both the production and/or use of phosphonates as well as companies that supply water treatment technologies aiming at  recovery (and eventually re-use) of phosphonates (and phosphates) from waste water streams. 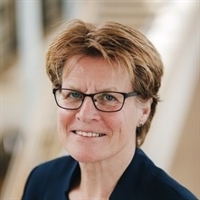 Any questions about this project? Ask: I (Irma) Steemers-Rijkse
Contact form + Show more (1)