Since the beginning of the 1990s, genetic material (i.e. semen) from bulls of the Holstein Friesian breed and seven native cattle breeds has been collected and stored in the Dutch genebank for farm animals. These genebank collections have been established to conserve genetic diversity, as insurance for unforeseen future circumstances, and to support the breeding programs of endangered breeds. Recently all genetic material of Dutch native cattle breeds in the genebank was genotyped, enabling a genomic analysis of the stored genetic diversity.

Other, more recently developed breeds (Improved Red and White, Deep Red, and Dutch Friesian Red and White), are more similar to the breeds they were derived from. The study also showed that old bulls (born between 1960 and 2000) contribute considerably to the total genetic diversity stored in the genebank. These old bulls, that lived some generations ago, harbor valuable genetic diversity which may be lost in current breeding populations.

Recommendations for the optimization of stored genebank material

An important aspect of genebank management is to decide which animals should be prioritized for conservation and how much genetic material should be stored per animal. Selection of donor animals is often decided based on pedigree information, with the aim to minimize the mean relatedness of animals in the genebank. With genotype data, the relatedness between animals of different breeds can be calculated, which was previously not possible with only pedigree information.

Genomic analysis of samples stored in the Dutch genebank showed that the current number of doses stored for each bull resulted in a lower mean relatedness than when each bull would have an equal quantity of genetic material stored in the genebank. With the help of genotype data, the genebank can be further subdivided into two collections. One collection consists of material whereof the average relatedness is minimized. The remaining material can be moved to a second collection that is more easily accessible for, among others, the support of current populations, research and development of new breeds.

The research leading to these results has been conducted as part of the IMAGE project, which received funding from the European Union’s Horizon 2020 Research and Innovation Program under the grant agreement n° 677353. The study was co-funded by the Dutch Ministry of Agriculture, Nature and Food Quality (KB-34-013-002).

The authors gratefully acknowledge the Dutch-Flemish cattle improvement cooperative (CRV) for providing genotype data of Holstein Friesian bulls and the Centre for Genetic Resources, the Netherlands (CGN) of Wageningen University & Research for providing the genotype data for the native Dutch cattle breeds. 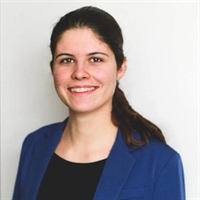 Read more about our genebank