On Wednesday 11 August it was announced that by the end of 2023 at the latest all Dutch supermarkets will only sell fresh chicken with at least 1 “Beter Leven” star. Beter Leven is a Dutch quality mark on food packaging by which consumers can quickly see which standards are used to grow animals. WUR scientists received many questions about this. In this article we answer the five most frequently asked.

1. Is this a big step in the right direction? Will all broiler chickens in the Netherlands now get better animal welfare?

Ingrid de Jong, researcher Poultry Welfare - Yes, this is a big step towards greater animal welfare. There is a big difference between a regular, fast-growing broiler chicken and a Beter Leven 1 Star – chicken (BLK). There are fewer chickens per square metre, they receive distraction material such as straw bales, there is daylight in the stables and the animals can go to a covered run. Moreover, the BLK chicken is genetically a very different animal than the regular fast-growing chicken. It has a different build and is more vital and active.

The Dutch broiler sector has taken significant steps in the field of animal welfare since 2014, when the movement towards “Chicken of Tomorrow” was initiated. In that concept, features of Beter Leven have already been implemented, but not yet enough to earn that 'star'. Think of straw bales in the barn and increasing access to daylight. However, the occupation was still too high for Beter Leven 1 star, and there was no covered outdoor area yet. The industry then showed that they can quickly switch to a new form of production, and I expect that to happen again.

The Netherlands is at the forefront in this respect from an international perspective. In other Western European countries, and certainly outside Europe, supermarkets are not yet ready for the fast-growing chicken to go off the shelves. The developments in the Netherlands are therefore not good news for all Dutch broilers. Many farmers supply chicken to the international market. For example, in 2020 65% of broilers were of the fast growing type. That percentage will fall due to the decision of the supermarkets, but most likely not to 0.

International animal welfare organizations established the European Chicken Committment (ECC), to which now many parties (foreign retail, fast food) have committed. However, these requirements are not as strict as Beter Leven 1 star in the Netherlands, so we stay ahead in that regard.

2. Is the Beter Leven Chicken also better for the climate?

Bram Bos, researcher Animal Production Systems – No, the Beter Leven Chicken is not by definition better for the climate. The animals live longer and therefore need more feed. More energy is also needed per chick for heating in the first period, because fewer animals live in a stable. These factors actually increase CO2 emissions. On the other hand, the current diet for the BLK chicken contains less soy than the current diet for the common, fast-growing chicken.

If that soy comes from arable land that was formerly a tropical rainforest (such as in Brazil), then the Land Use Change will add up fast (> 50% of the total) in the calculation of the CO2 footprint. Our recent calculations show that a BLK chicken that is fed with soy from a country with Land Use Change (such as Brazil) has less CO2 emissions per kg of live weight than a common fast-growing chicken with soy of the same origin.

That calculation turns out differently if the change in land use for soy cultivation is not included (e.g. if the soy comes from the US): then the BLK chicken scores less well than the conventional, fast-growing chicken.

However, that is partly an accounting issue. As long as the global demand for soy is high, other parties in the world will source the soy from Brazil. There is then no substantial difference for the effect on climate. The BLK chicken actually uses less soy than the regular fast-growing chicken, and that leads to a decreasing demand for soy. And that in turn can contribute to reducing the pressure to convert tropical rainforests into arable lands for soya, among other things.

Obviously, the climate and the environment are even better off when we consume less animal food products.

3. And for nitrogen, particulate matter and odor? If a covered run is made, will there not be more emissions from the barn?

Jan van Harn , researcher Poultry / Broilers – Little information is available about the emission of particulate matter, ammonia and odor from farming concepts such as Beter Leven 1-star. Simply because such a concept has never been measured before. The use of a different type of chick, a different feed, less animals per stable, a (covered) run, environmental enrichment, all have an effect on the emissions of ammonia, odor, particulate matter, methane and nitrous oxide. In addition, the factors can reinforce each other, but also weaken them. The ultimate effect on the emissions of all factors together is therefore not easy to estimate.

If an existing company switches to slower growing animals and no stables are enlarged, fewer animals will be kept on that farm. The question is, however, whether the emissions from the barn will then decrease. If the stable surface remains the same, there is indeed more surface area per animal, but this also means more room for faeces (from which ammonia is released). The emission from the barn can therefore remain the same as before the conversion.

Particulate matter emissions per animal will actually increase by switching from regular to Better Life 1-star, is the expectation. The reason for the increase is the drier litter, the greater activity of the animals used and the longer production period (i.e. lower vacancy). Finally, I don't expect changes in the emission of odor. But again, there are no measurements of this farming method done, so it's very difficult to predict what will happen.

4. Will all Dutch chicken meat soon have a Better Life star

Ingrid de Jong, researcher Poultry Welfare - No, the supermarkets promise to make the products in their fresh products free from fast-growing chicken varieties. Other products from, for example, the freezer compartment or the chicken soup may still contain meat from fast-growing chickens. That meat can also still be for sale at (fast food) restaurants or butchers. However, sustainability and animal welfare are also on the agenda in those sectors and the same developments are taking place as previously in supermarkets.

I expect that we will also see a more diverse market in other countries with more welfare-friendly farming and the use of slower growing chickens.

Ingrid de Jong, researcher Poultry Welfare – Taste is of course subjective. But it is certain that there is a difference. Meat from a slower growing chicken is a bit darker in color and firmer in texture. In the EU mEATquality project, we will investigate how breed, chicken house layout and space contribute to aspects of meat quality. 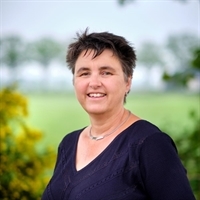 Do you have a question about chicken meat? Ask one of our experts: dr.ir. IC (Ingrid) de Jong
Contact form + Show more (2)