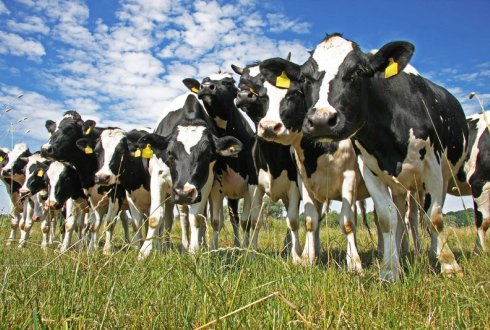 Recent developments in the breeding program

In recent decades, the Dutch Holstein Friesian breeding program has undergone profound changes with respect to inbreeding management, breeding goal composition and breeding value estimation. Around the year 2000, optimal contribution selection (OCS) was introduced to maximise genetic gain while restricting the rate of inbreeding. Also around 2000, functional traits like longevity, udder health and fertility were included in the breeding goal, which up to then consisted only of production and conformation traits. Another major change occurred around 2009, when genomic selection (GS) was introduced. Since the implementation of GS, individuals have been selected at a young age using genomic breeding values (based on genotype data, rather than progeny information).

The introduction of OCS and shift in breeding goal around 2000 were followed by a clear drop in the level of inbreeding. In addition, a shift in allele frequencies was observed, which may be a direct result of the selection for new traits like fertility. The implementation of GS was found to be accompanied by a strong increase in the rate of inbreeding. For the period 2010-2015, inbreeding rates of up to 1.8-2.8% per generation were observed.

Why manage inbreeding and genetic diversity?

In general, inbreeding rates < 1% per generation are considered acceptable for livestock populations. Managing the rate of inbreeding is important to limit inbreeding depression (= reduced performance due to inbreeding). Conservation of genetic diversity in livestock breeds is furthermore important to ensure that populations can adapt to changing selection objectives and environments.

Managing inbreeding in the genomics era

The results of this study indicate that there is a need for efficient management of inbreeding in the genomics era. The results were presented at the World Congress on Genetics Applied to Livestock Production 2018 in Auckland, during which also methods to manage inbreeding with GS were discussed. These methods still have to be further developed.

The research leading to these results has been conducted as part of the IMAGE project which received funding from the European Union's Horizon 2020 Research and Innovation Programme under the grant agreement n° 677353. Pedigree and genotype data were provided by the Dutch-Flemish cattle improvement co-operative (CRV)