We arrived yesterday at the Dutch Arctic station at Ny-Ålesund, Svalbard. 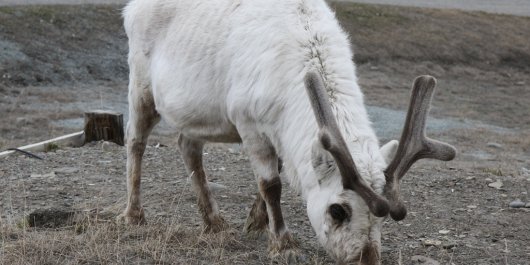 The first day of travelling went via Oslo to the national airport of Longyearbyen, Svalbard. Except for a lost piece of luggage in Oslo, that reappeared at the luggage belt in Svalbard, the flight was smooth. The arrival at Svalbard was spectacular. After hundreds of kilometres of clouds it suddenly opened up underneath revealing the white snow-capped peaks of Svalbard.

Yesterday morning we continued our flight to the research settlement at Ny-Ålesund in the north west part of Svalbard, approximately 1200 kilometres south of the north pole. The settlement is close to the fjord and consists of old house from the time that mining was the main business at Ny-Ålesund, and larger newer building, all painted in colours such as yellow, red and blue. Several nationalities are housed in these buildings. In the harbour small boats departs with scientist on their way to conducting research at the fjord. Also larger cruise ships arrive here with tourists visiting the settlement. On the opposite site of the fjord two large glaciers reach the sea.

From the porch of our Dutch station, two yellow houses on the north part of the village, we can see courting barnacle geese, arctic terns, Red-throated Divers and eider ducks. Once in a while a grazing reindeer passes by. In the fjord we have already spotted beluga whales and seals.

Yesterday afternoon we had our first meeting with a group of Norwegian scientists. They gave us a tour at the Marine Laboratory and we sat down to discuss our research projects and possibilities for cooperation. Today we are preparing our first day of field work that is planned for tomorrow. More on this in our next blog...