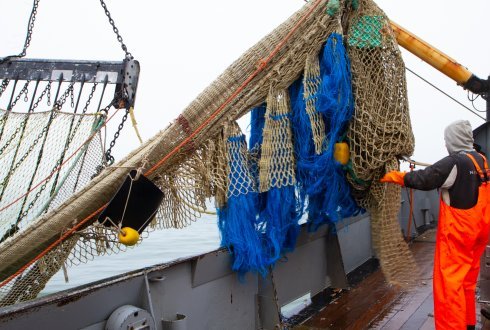 The management of our seas is becoming increasingly complex. Therefore, involvement of stakeholders is essential. This includes involvement in decision-making processes and participation in research that provides input for marine management. For the latter, we can learn much from research collaboration projects with fishers, argue researchers from Wageningen University & Research and VisNed in a joint publication in the scientific journal Fish and Fisheries.

The researchers analysed 15 research collaboration projects, and looked at how fishers' knowledge was used. These projects were carried out by Wageningen Marine Research together with the Dutch demersal North Sea fishery in the period 2002 to 2019. The research collaboration started in 2002, following a deep crisis in the relationship between the fishing sector and the fisheries research institute. Fishers did not agree with the stock assessments and resulting management advice for plaice and sole in the North Sea. The research collaboration initially focused on increasing knowledge among fishers and the government on how stock estimates work. Also, detailed commercial catch data was collected by a group of fishers, and communication between government, research and the fishing industry was improved. The fishing industry discovered that fishers could make a difference by supplying data that are important for stock assessments. Researchers also more and more realized that fishers can play an essential role in increasing knowledge of the North Sea, as 'ears and eyes at sea'.

Changes in the role of fishers in research

Mutual trust grew because of intensive collaboration on the stock assessments for plaice and sole and improved communication. This brought about changes in the collaboration. In the beginning, fishers mainly contributed to knowledge development by taking researchers on their fishing vessels or by collecting data for the research themselves. Gradually, however, fishers' experiential knowledge was also used in setting up new research projects or in discussing possible explanations of research results. With the growing awareness of how fishers' knowledge contributes to discussions about marine resource management, fishing industry organisations also decided to employ scientists as part of their own staff. Although scientists of the established order first saw this as potential competition, this development further strengthened the research collaboration. A recent step is that nature organizations also became more involved in research collaboration.

Growing mutual trust and more insight into the value of fishers' knowledge lead to shifts in the type of fisher knowledge used in research.

According to the authors, it is important in research collaboration that researchers, fisheries organizations and other stakeholders remain aware that only a small proportion of fishers actively participate. Often the same fishers cooperate because they find it interesting themselves, or because these fishers are perceived by the researchers and fishing organizations as a reliable source of information. This approach is understandable, but also has disadvantages. Working with a permanent group may lead to bias in results. It can also cause inequity in the fleet. After all, fishers who participate in research have access to new knowledge and networks, and often receive a reward for participating (via extra quotas or financially). It is therefore crucial in the selection of research participants that all fishers are given the opportunity to participate and that the final selection is representative of the entire fleet.

Another condition for successful research collaboration is that the end users of the research results are involved in the projects from the start. End users, such as researchers, policy makers and civil society organizations, see fishers as direct stakeholders in the research results. Therefore, the acceptance of research data collected by fishers themselves remains a challenge. This is certainly the case when marine resource management takes place in an international context, as is the case for the North Sea. In contrast to The Netherlands, many European countries do not yet have a strong history of research collaboration with fishers. This means that in Europe, there are no clear agreements about involving fishers' knowledge in research. The authors argue that collaborative research with stakeholders should be embedded in the institutional frameworks for marine science and resource management.

Read the full article in Fish and Fisheries