Post-consumer plastic packaging waste can be kept separate at home (separate collection) or later be recovered from the municipal solid waste (MSW). Research of Wageningen Food & Biobased Research now shows there is no significant difference between the molecular contamination in recycled material from both collection systems. The researchers have mainly focused on the odour of the recycled packaging material, as that is one of the observable effects of molecular contamination.

‘From rancid and nut-like to earthy and musty’

The researchers did extensive analyses and presented recycled films from both separate collection and recovery from MSW to an odour panel. “Materials from the two collection systems are both smelling, but in a different manner”, explains researcher Ingeborg Smeding. “Film material from separate collection smells mainly rancid and nut-like, whereas the material that is recovered from municipal solid waste smells mainly earthy and musty”.  The clients, among which the municipalities of Utrecht, The Hague and Amsterdam, take the outcome of the research into account in their choice for a future waste collection system.

The films from both collection methods have been recycled in different ways. “To make plastic products out of packaging waste, you need to mill, wash and melt the flakes under high pressure to make plastic pellets. The latter process is called extrusion. The impact of the washing temperature, the addition of a base during the washing process and the use of vacuum during extrusion on the odour of the resulting material has been investigated”, according to Smeding.

So it appeared among others that for films from separate collection warm washing with a base (alkaline solution) has no effect on the odour; however the concentration of volatile substances has decreased after extrusion. For film material recovered from MSW, the way of recycling and extrusion does have a direct impact on the odour, according to the odour panel. When the material has been washed in cold water, a strongly burnt smell appears after heating during extrusion. That odour does not appear when heating after warm washing and/or when using a base. The washed film material then smells earthy and musty, and when using a base it smells soapy/detergent-like.

Despite the washing process, the recycled material is still smelling, both with separate collection and recovery from MSW. The preferred collection system should be chosen by taking a broader context into account: not only technical aspects but also economic and societal aspects should be taken into account. 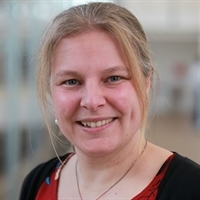 Do you have a question about waste separation? Ask our expert: IW (Ingeborg) Smeding-Zuurendonk MSc
Contact form + Show more (1)

Read more about it in our project: