After years of growth - at 8.9% per year until 2012 - the population of harbour seals in the international Wadden Sea appears to have stabilised over the past eight years, with an average growth of 1.2% per year (current population is estimated at 41,700 animals). The trilateral seal specialists group (EG-Seals) concluded that this trend in the Wadden Sea is remarkable, as reproduction has increased at about 10,000 pups per year for eight years, but seemingly does not contribute to the growth of the total number of harbour seals. Further studies are needed to understand the underlying mechanisms. 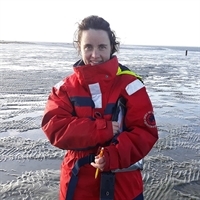 Do you have a question about harbour seals? Ask our expert: J (Jessica) Schop
Contact form + Show more (1)