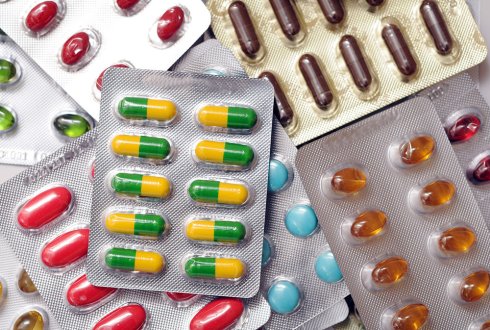 The discovery of new antibiotics has been stalled for years, while the number of bacteria that are resistant to existing antibiotics is on the rise. With new software developed by researchers from Wageningen University & Research (WUR), it is now possible to search for new antibiotics much more quickly: instead of mapping a single genome of an antibiotic-producing organism at a time, thousands of genomes can finally be analysed and mapped at once to identify pathways towards the production of potentially novel medicinal compounds. The software was presented last week in a publication in the renowned scientific journal Nature Chemical Biology.

More in-depth knowledge of the diversity of chemical structures of these so-called microbial metabolites is essential for the development of antibiotics and anti-cancer drugs, but also for food supplements, for example. The new software brings this knowledge one step closer.

“Our BiG-SCAPE and CORASON software (the latter was developed by/with Mexican colleagues) takes a lot of work out of the researchers’ hands,” says Assistant Professor of Bioinformatics Marnix Medema. “The fact is that so many hundreds of thousands of bacterial genomes have been sequenced (their DNA code determined) that it has become very difficult for scientists to map the unexplored metabolic diversity and to know which ones need further investigation in the laboratory.”

The software helps with genome mining, a key technology that has emerged over the past decade as a new way to discover and use the diversity of microbial molecules. However, until recently this could only be used on individual genomes, which was extremely time-consuming and stood in the way of a rapid expansion of the number of available antibiotics, for example.

Medema: “With our software programs, you can automatically analyse data from large numbers of genomes. This enables you to very rapidly map the diversity of biosynthetic pathways in thousands of genomes simultaneously by using network analysis to group them in families and unravel their evolutionary relationships. This is a huge leap forward for research into antibiotics.”

This advance opens up great potential for discovering new medicinal substances, since the software enables an enormous diversity of natural molecules to be identified and tested in the quest to find the best antibiotics, for example. In collaboration with American researchers, WUR scientists have successfully used this technique to systematically map a wide-ranging family of biosynthetic pathways to 'anti-antibiotics’ (molecules that protect bacteria from antibiotics).

The software can also be used to research the natural roles of microbial molecules in nature. For example, WUR researchers working with colleagues from the Netherlands Institute for Ecology (NIOO) used the software to unravel how bacteria living inside the roots of plants protect the plant against diseases. This was done by mapping the diversity of bacterial biosynthetic pathways inside the root of the plant and identifying which pathways the plant actively recruits when it is being attacked by a pathogenic fungus.

Read more about this research here: