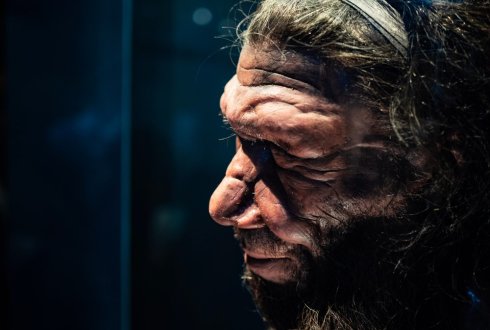 Scientists remain puzzled by the sudden extinction of Neanderthals, some 40,000 years ago. New research by scientists from Eindhoven University of Technology, Leiden University and Wageningen University & Research now suggests we might have been too quick in attributing the demise of Neanderthals to invasions by members of our species, Homo sapiens. Relying on models from conservation biology, the researchers conclude that the downfall of Neanderthals may have been the result of their small population size alone. The study was published in PLoS ONE.

Among scientists, there is a broad consensus that modern humans played an important role in the extinction of Neanderthals: bands of modern humans would have invaded Neanderthal territory (e.g. Europe and the Near East), where they outsmarted or outnumbered their sister species.

But, according to the Dutch scientists, linking the demise of Neanderthals to invasions by modern humans may have been too rash. They started from one uncontested fact: the Neanderthal population, like any other hominin population before, was extremely small, comprising perhaps no more than 10,000 individuals, and had been so throughout its existence. The researchers wondered whether that fact alone could explain its extinction.

The scientists used a set of mathematical and computer models from conservation biology to represent Neanderthal populations. They then let these populations undergo three processes that small populations are particularly vulnerable to: inbreeding, difficulties in mate-finding, and random fluctuations (in mortality and reproduction). To their own surprise, the team found that even if Neanderthals had been fully identical to modern humans, they faced, over time, a considerable risk of extinction, and this merely due to their small population size. This suggests that no invasion of another species, let alone a superior species, was needed for them to vanish from the face of the earth. Neanderthals might simply have been unfortunate to have lived in small numbers.

The Neanderthals became extinct some 40,000 year ago. This begs the question why it took almost 400,000 years for them to disappear. According to Krist Vaesen, associate professor at the School of Innovation Sciences at Eindhoven University of Technology and one of the authors of the paper, this may simply have been bad luck. “Small populations can survive over long stretches of time, and then suddenly disappear due to random fluctuations in births, deaths, sex ratio, and environmental pressures.”

Does this mean that modern humans played no role in the demise of Neanderthals? “Not necessarily”, says Vaesen. The researchers leave open the possibility that the invasion of modern humans speeded up the process of decline. Such a scenario could indeed be one in which Homo sapiens outsmarted or outnumbered Neanderthals. “But”, Vaesen adds, “our results suggest another plausible scenario: a peaceful co-existence of the two species, a scenario in which the mere presence of bands of modern humans reduced the opportunities for Neanderthals to find mates, intra-breed and migrate.”

The researchers see the results of their study as a null hypothesis against which other explanations need to be assessed. “Regardless of whether external factors or resource competition played a role in the extinction of Neanderthals, our study suggests that any plausible explanation also needs to incorporate demographic factors as key variables”.