The first experimental study on magnetic alignment in cattle by researchers from Wageningen University does not reveal a South-North orientation in these large mammals when at rest. Strong neodymium magnets attached to their collar do not influence their alignment. This finding contradicts earlier claims of S-N alignment in large animals, which were based on direct or indirect observations only.

Cattle, deer and dogs align their bodies in a South-North direction, presumably in response to the earth’s magnetic field. That, at least, is the main message from a series of publications over the past ten years. Hence, large mammals would do the same as many insect, bird and reptile species which are known for their homing or navigating skills. There is much experimental evidence supporting the magnetism-based homing and navigation skills in small animals. However, all studies on large mammals were purely observational. Some considered the orientation of deer beds in the snow, others observed dogs when defaecating, and yet others were based on the analysis of Google Earth imagery.

To put the claims of S-N alignment in large animals to the test, we carried out an experimental field study on 34 individual cattle in Portugal, and recorded their body orientation at rest when they were individually equipped with or without a strong neodymium magnet, fixed to their collar. The magnet would disrupt the possible geo-magnetic orientation as suggested in earlier studies. Contrary to the hypothesis, the 34 cows in the experiment showed no directional preference, neither with, nor without the neodymium magnet.

A concurrent, direct and close-observational field study on the body orientation of 659 cattle on six farms in Portugal, resulted in 2,428 daytime observations, excluding the hottest part of the day. The preferred compass orientation of these cows was on average NW-SE, and differed significantly from the S-N alignment. Further analyses revealed that the cow compass orientation correlated significantly with sun direction, but not with wind direction.

We used individual animals repeatedly, both in the experimental test as well as during the concurrent close-range field observations, risking pseudo-replication. To assess whether the different measurements on the same cow influenced our statistical outcomes, all statistical analyses were carried out using a Monte Carlo bootstrap method.

Neither the experimental study with magnets, nor the observational study on over 600 individual cattle support previously published suggestions on the magnetic South-North alignment in these large mammals. Instead, they tend to react to environmental influences such as the position of the sun. Critics may argue that environmental influences like wind and sun exert such strong influences on the animals that they obscure the effect of the earth’s magnetic field. They are welcome to repeat this experiment. At night. 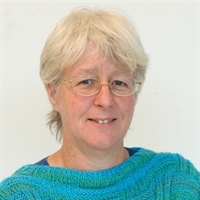 Do you have a question about magnetic alignment in cattle? Ask our experts: dr. A (Lia) Hemerik
Contact form + Show more (1)