KPN’s high-speed 5G network has been successfully trialled at the Wageningen University & Research test site in Valthermond in a pilot project for combating potato plants growing as weeds in a field of beetroot. Rapid data transmission from the robot in the field to a central computer meant the weeds could be successfully controlled in real time.

At a demonstration carried out on 27 August, a camera system mounted on an autonomous vehicle recorded images in a field of beetroot. The images were sent to a computer in The Hague using what’s known as ‘pre-5G connectivity’. The computer was running an application using artificial intelligence to identify the potato plants that were considered weeds in the beetroot field. The precise location of these potato plants was then sent back from the computer to the autonomous vehicle, which could then immediately destroy the plants as it moved around. The communication from the vehicle to the central computer and back again took just 25 milliseconds, meaning the application was in effect working in real time. The vehicle was able to record the images and perform the weed control as it moved around, thanks to the fast 5G connection that achieved uplink speeds of up to 120 megabits (Mbps) per second.

Farming businesses are eager to get their hands on this application. The presence of potato plants in a field year after year can lead to soil-borne diseases and, in turn, lower yields. At present, potato plants growing as weeds in beetroot fields need to be manually removed and this is both labour intensive and expensive. Tests using this application based on artificial intelligence have shown good results. The system appears to already recognise at least 90% of potato plants.

WUR, KPN and the Province of Drenthe are working together to develop 5G technology for the future of farming. WUR is also working with the Danish company AgroIntelli and KPN to make the application usable on an autonomous vehicle, the Robotti. It’s expected that these two innovations will be on the market to be used together by the spring of 2020. 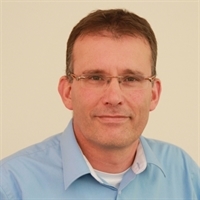 Do you have a question about 5G networks in agriculture? Ask our expert: ir. CLM (Chris) de Visser
Contact form + Show more (1)