Evolution: what was once considered a 'science for old men' is now considered extremely relevant in our daily lives. In his inaugural address at Wageningen University on 14 April, Arjan de Visser – Professor holding a personal Chair in Evolutionary Genetics – said that experiments may help us to predict the future of things like cancer and antibiotic resistance.

Arjan de Visser knows how to use experiments to 'catch evolution as it's happening.' In doing so, he is shifting the perspective on evolution as a descriptive science that speculates about the past to an experimental science that predicts the future.

In his inaugural address titled Evolutie in actie – van verklaren naar voorspellen ('Evolution in action: from explanation to prediction'), the Wageningen professor outlines the top ten causes of death. “Evolution plays an essential role in three of these causes,” he says. “The parasites (bacteria and viruses) that cause infectious diseases like diarrhoea, AIDS, tuberculosis and the more recent Zika virus have been known to evolve quite quickly.”

The discovery of antibiotics in 1928 helped us to gain control over some of these diseases; that is, until the bacteria stopped responding to the antibiotics. Their large populations and rapid generations are causing bacteria, viruses and fungi to adapt quickly to our natural defences and man-made medications.

A similar process of short-term evolution – or 'evolution in action' as de Visser refers to it – is occurring with cancer, whereby the rapid division of cancer cells triggers additional changes and accelerates the process of metastasisation and insensitivity to chemotherapy.

The predictive value of evolution

Evolution abides by certain rules. As a result, evolutionary outcomes can be similar for different species instead of random. An example of this is the independent yet virtually identical development of the eye in vertebrates such as humans and octopuses. Not all evolutionary outcomes are equally relevant, with developments tending to follow a specific course. American professor, and honorary doctor at Wageningen University, Richard Lenski spent years studying the evolution of bacterial populations in laboratory test tubes to investigate the repeatability of evolution in a controlled setting. “If evolution repeats itself, we may be able to predict it,” says Professor de Visser, “because natural selection constrains evolution.”

Every step in the evolutionary process should result in viable offspring. If not, development will stop. This limits the number of possibilities considerably. But how does evolution determine the path to ideal 'fitness'? Apparently, coincidence is more important in smaller populations while larger populations tend to benefit from competition among different yet favourable mutations. As favourable mutations often prevail, large populations tend to select the same mutations, thereby making their evolution more predictable. However, mutations in small populations can sometimes lead to larger fitness improvements, as a greater number of different mutations are used and a broader spectrum of possibilities is explored.

How these insights can help us combat infectious diseases and cancers is unclear. “Science advances in fits and starts, as the discovery of antibiotics demonstrates,” explains Professor de Visser. “But we've taken the first steps towards predicting the short-term evolution of the influenza virus, which will help us develop vaccines against future outbreaks.” 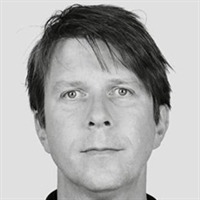