Kenya is a water scarce country and the situation is expected to worsen as a result of climate change and increase in population, hence the need to ensure sustainable use of water. Besides the limited water supply, contamination of water resources reduces the amount of good quality water that can be used for various purposes.

Kenya is the biggest rose exporting country in Africa. Roses in Kenya are mostly grown in soil with an open drip irrigation system, which is inefficient as water and nutrients are lost through drainage. Water use could be dramatically reduced by recirculation of the water. This also saves adding nutrients. A consortium of Dutch greenhouse builders and institutes, amongst which researchers from Wageningen Plant Research, cooperated with local Kenyan famers and used Dutch knowledge to optimize the cultivation of roses.

For this 'Green Farming' project a 16,000 m2 demonstration project was put into practice at the rose production farm Van den Berg Roses in Kenia. Roses were not grown in the soil but on substrate of coco-peat, the area was equipped with special trenches to reuse drain water in soil-grown roses. This so-called hydroponic system was set-up in a simpler way than the Dutch system, to keep it affordable and profitable to local standards.

Because of the fluctuations in availability and quality of surface water, the project made use of underground water resources. Bore hole water was purified through multimedia filtration and reverse osmosis and stored in a closed covered reservoir. After mixing water with nutrients in a fertigation unit, the nutrient solution was fed to the crop in the cocopeat system. The drain water was collected and added to the volume of water used to irrigate soil-grown roses.

Researchers from Wageningen UR Greenhouse Horticulture collaborated with researchers and a MSc student from Jomo Kenyatta University of Agriculture and Technology, gathering data on for instance amounts of water going in and out of the greenhouse, fertilizer used, number of harvested roses, radiation and precipitation.

Net water use by the cocopeat system was 58% lower than by the soil system due to the re-use of water from the cocopeat system. By implementing the hydroponic system the output to the environment had been significantly lowered and could be reduced even further if drainage water is re-used in the cocopeat system. Because of the savings on fertilizer application, the running costs were strongly reduced. Production amount and quality were improved in terms of increased volumes and stem lengths, resulting in increased revenues. 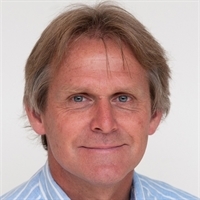 Read more about this project