How plants arm themselves against salt, the origin of Surinamese rice, and a project on the influence plants and clouds have on each other: three Wageningen scientists receive an ENW-Little grant for innovative, fundamental research.

How plants and clouds influence each other

Plants have an invisible, but important influence on cloud formation through leaf transpiration. At the same time, clouds cast moving shadow patterns on the ground and scatter sunlight – both of which stimulate photosynthesis. This active synergy between plants and clouds has so far been intangible because of the difficulty of taking measurements and simulating the connections between these biophysical processes at the required scales of time and space. The CloudRoots project will use new, advanced observation and simulation techniques to reduce two significant uncertainties in weather and climate models: cloud variability over land, and the uptake of carbon dioxide by the biosphere.

The origins of Maroon rice

Surinamese Maroons, descendants of fugitive slaves, grow hundreds of rice varieties. These are radically different from modern rice cultivars, but have hardly been scientifically researched. Where does the rice of the Maroons come from? This project integrates ethnobotanical and genetic research and connects the traditional knowledge of the Maroons with written sources and the DNA of their rice. Probably the rice fields reflect 370 years of migration and adaptation: ancient African landraces, historical US cultivars, rice exchanged with Asian contract workers and self-developed varieties. This research contributes to the revaluation of an important crop for current and future food security and the African-American cultural heritage.

How do plants protect themselves against salt

Plants can adapt their root growth to a complex soil environment. These adaptations are not generally determined by a single gene, but by networks of genes. Yanxia Zhang and Christa Testerink from the 'Roots in salt lab' want to uncover the genetic networks that control root growth and enable plants to survive salt stress. With the resulting knowledge, crops such as rice, wheat, tomatoes and potatoes can be made more resistant to salt and drought. Drought and salinisation pose a huge threat to agriculture, and therefore to people. And these problems will only increase as the world warms up. 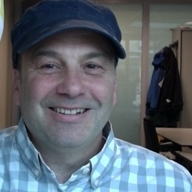