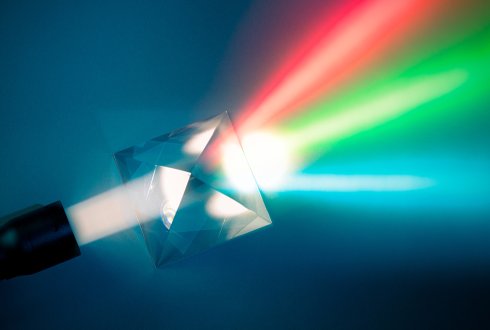 Light is important for greenhouse horticulture. The more light, the higher the production. For that reason alone, it is not profitable for entrepreneurs to place regular solar panels on the roof of their greenhouse in order to generate electricity. But what if those solar panels are partially transparent? Would the loss of light outweigh the production of electricity. To answer that question, the Greenhouse Horticulture Business Unit of Wageningen University & Research is examining existing semi-transparent solar panels.

The range of semi-transparent solar panels is limited, but growing. There are various systems. The Bright Solar company has solar panels whose cells allow a large part of the light to pass through, and therefore only use a limited part of the light for the production of electricity. The panels from Soliculture consist partly of non-transparent solar cells and partly of "open" space where a spectral selective part of incoming solar radiation is directed to normal solar cells via fluorescence. Finally, UbiQD works on solar panels that are luminescent: the classic luminescent solar collector in which the non-transparent cells are only processed at the edges of the glass and only a part of the spectrum is very selectively intercepted via the fluorescent dye.

The question is whether the panels are suitable for a greenhouse roof. The panels of Bright Solar are being placed on a test greenhouse in Greece and the trials of SoliCulture in the US are in full swing. However, the reference and conditions are not comparable with those in the Netherlands. In addition, the one crop is not the other: fruit vegetable crops can use all light pot plants also thrive well with less radiation and many ornamental crops need protection against excessive radiation.

In May, WUR started a project in which measurements in the lab are used to determine how much light the various panels intercept, and to calculate what this means for cultivation. The balance between the profit from electricity production and the (expected) negative effect on cultivation is drawn up for three different crops: tomatoes, potted plants and cut flowers. For this part of the test, (semi) transparent solar panels may still be registered. Depending on the test results, a practical test follows, in which the panels are actually mounted on a greenhouse roof.