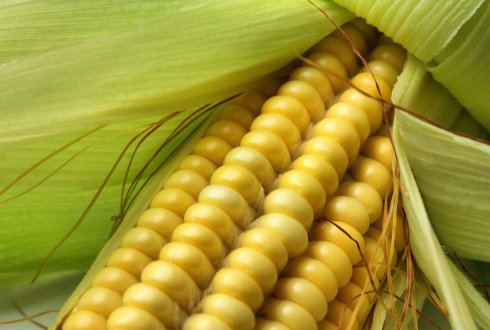 The collection originated from the former Foundation for Agricultural Plant Breeding (SVP). The original collection of approximately 1000 accessions was rationalized excluding hybrids (90), inbred lines (140) and material received from other genebanks including CIMMYT, Mexico and the Institute for Agrobotany, Tapiószele, Hungary. The maize collection has not a high priority in the CGN system and receives less emphasis in the genetic resources activities. Detailed information on the collection has been published by van Soest and Boukema (1995).

The collection includes only material of species Zea mays and consists out of 488 accessions. Nearly 60% of the accessions are landraces including the 179 accessions collected during the Pakistan expeditions in 1976 and 1981 (Hashmi et al., 1981). This material is rather unique and probably only duplicated in the genebank at Islamabad, Pakistan. The value of this material for maize cultivation in N.W. Europe is limited, because of its late flowering and subsequent late maturing. The number of cultivars and research material is rather low. Maize was an important crop in the Netherlands before the last world war, but only two Dutch cultivars; 'Baanbreker' (1941) and 'Noordlander' (1938), are found in the collection. 'VC 150', is the only Dutch landrace in the collection. Most likely it originated from an old landrace of the province 'Gelderland'. 'Goudster'(1952) and 'Foliant'(1953) are developed from inbred lines from the old landrace 'Van Platte Mais'. The 42 landraces from Portugal have been collected in the mountains and were previously used in a breeding programme for cold tolerance. The France landraces are from different localities, mainly of the southern parts of France including the Pyrenees.

In general each accession is rejuvenated by collecting ears of at least 100 plants. Seeds are directly drilled in April in the field. During April and May, the maize seedlings are covered with a plastic layer to stimulate early growth. The distance between the rows is 75 cm and after thinning, the plant distance in the row is 25 cm. Pollination is conducted by hand, in geneal crossings between neighbouring plants. The crossing system used needs at least 100 crosses within each accession. After pollination the ears are wrapped in paper bags. 100 ears of each population are collected around October and threshed during the winter. All 488 accessions have been regenerated and are available to potential users. During the growing season and after the harvest the accessions are characterized for a set of 15 agro-morphological traits. For this purpose CGN developed an own minimal descriptor list with advice of private breeding firms in the Netherlands. The collection has not yet been evaluated for pests and diseases or quality traits.