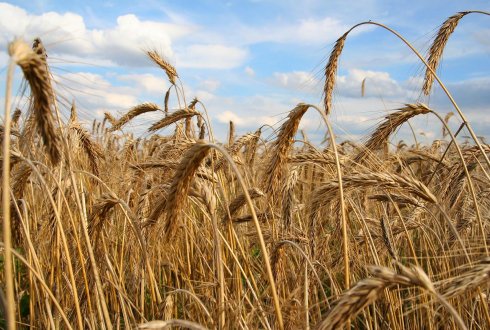 Besides the former working collection of the SVP, a substantial amount of the collection originated from the former 'Wageningen Triticinae Collection'(WTC) established between 1965 and 1985 by Dr. A. Zeven from the IVP (van Loosdrecht, 1986). Also some material from the CPRO-DLO and IPO-DLO and breeding companies has been included in the collection.

When the wheat collection was established, it was decided to use the classification according to Morris and Sears (1967) in which the Aegilops and Triticum are combined in one genus: Triticum (van Loosdrecht, 1986).

As the majority of collection holders use a classification system in which Aegilops and Triticum are separate genera it was later decided to follow the GRIN Taxonomy for Plants. This change was made in January 2020

The following 16 Aegilops species, with a total of 191 accessions, are included in the wheat collection: A. triuncialis, A. peregrina, A. columnaris, A. biuncialis, A. necglecta, A. geniculata, A. cylindrica, A. cuadata, A. bicornis, A. longissima, A. speltoides, A. tauschii, A. crassa, A. ventricosa.  With exception of some tetraploids, the majority of these species is diploid.

A large part (257) of the accessions is wild emmer, mainly collected in Israel.

The cultivated group comprises material of T. monococcum, the T. turgidum group, T. timopheevii var.timopheevii and the T. aestivum group. The latter group includes the hexaploid 'spelt', 'compactum', 'sphaeroccocum' and 'aestivum' wheats, whereas the 'durum', 'dicoccon', 'carthlicum', 'turgidum' and 'polonicum' wheats belong to the tetraploid T. turgidum group.
Most cultivated wheats of the collection belong to the T. aestivum group, particularly to the T. aestivum group aestivum. This group includes 2009 accessions of spring wheat, 104 intermediate types and 1885 winter wheats. Approximately 50% of this material is of European and North American origin, particularly the cultivars, but also a substantial number of research material and landraces. The European landraces are predominantly from East, South and Central Europe.

Only 3 old Dutch winter wheat landraces are present in the collection namely, 'Zeeuwse witte', 'Limburgse Kleine Rode', and 'Gelderse Ris'. The Institute of Plantbreeding in Wageningen and R.J. Mansholt in Groningen bred the first Dutch wheat varieties and around 30 varieties from these breeders are included. The T. aestivum group aestivum also includes accessions from Asia and Africa. Of these accessions, 90% are landraces collected between 1953 and 1981 in the centres of diversity (Middle East, Nepal, Pakistan, India, N.Africa and Ethiopia). Only a limited number of accessions are from South America, Australia and New Zealand.