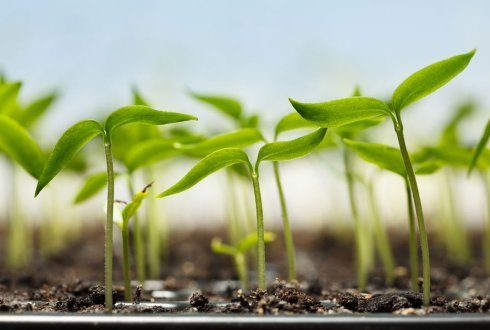 CGN frequently adds new material to its collections and new information to its publicly available data. Via this page you can easily check what's new!

Wild relatives of lettuce may be an important source of new traits to improve lettuce cultivars.

Recently 25 accessions of L. georgica, 10 of L. serriola, and 2 of L. quercina have been added to the collection, as the embargo on this material has expired.

A total of 96 accessions are now available from this mission.

Peppers from Spain, Maldives and Zambia

A total of more than hundred pepper samples have been revived from these IBPGR  collection missions and are available at CGN.

A landrace of Scorzonera laciniata from Romania, obtained via Zaragoza, Spain (CGN 25540) and two samples of Tragopogon porrifolius (CGN 25536, CGN 25537) collected by CGN in the Netherlands.

This material was part of the IVT collection (precursor of CGN) and has recently been regenerated.

Over 400 accessions were tested by a total of 9 breeding companies. The embargo on the data has expired. In this Excel download you can find all available data on Peronospora farinosa including the recently added data on Pfs14. You can find the new data under experiment number E-0883 and methods M-1143 – M-1155 in the workbook. Some accessions showed a high rate of resistance!

Screening of 745 accessions by 7 breeding companies resulted in nearly 3000 data points on resistance to Bremia  races Bl:25, Bl:26, Bl:27 and Bl:28. The embargo of these data has expired.

In this Excel download you can find all Bremia data. A total of 42.666 observations from 15 experiments. The recently published data have experiment number E-0923. Have a look at this massive source of information!

New wild spinach material collected in Armenia and Azerbaijan by CGN in 2011.

The newly available accessions of the spinach wild relative Spinacia tetrandra may provide new genetic resources that can be used in research and crop breeding.

A wild Spinacia tetrandra accession collected in Georgia in 2001

In addition to the material collected during our expedition of 2011, a sample of S. tetrandra, originating from Georgia, was obtained from  the United States Department of Agriculture. After regeneration, this accession was included in our collection and is now available for distribution.

Single seed descent lines of Lactuca accessions were developed in the context of a project entitled ‘International Lactuca Genomics Consortium’. Seed samples of the majority of lines were already made available earlier. Seed samples of 21 additional lines have now been added to the collection. This brings the total size of this collection on 470.

Wild/weedy populations of Brassica oleracea from the Netherlands

Collected by CGN on four salty locations of the coastal area.

Grasses from the Netherlands and France

Two wild populations and a breeders variety of meadow grass from the Netherlands.

A breeders variety of Lolium multiflorum from the Netherlands.

A breeders variety of Festuca arundinacea from France.

The new materials include a landrace of Lactuca sativa, 47 accessions of L. serriola, 2 of L. altaica, 1 of L. georgica, 6 of L. saligna and 2 of L. tatarica. This is the first batch of material from which the embargo has expired. More to come!

Various accessions of cultivated lettuce, including material from the European differential set defined by the International Bremia Evaluation Board (IBEB) and European modern varieties that are no longer commercially important to breeding companies.

Data on the level of resistance against a mixture of the races Bl:27, Bl:29 and Bl:31 of Bremia lactucae. The screening program was carried out in 2017 using nearly 200 accessions of L. serriola from the CGN collections. Several sources of high resistance were identified.

Leek accessions from along the Nile

3 Kurat landraces cultivated along the Nile (Allium ampeloprasum) from a collecting mission in Egypt in 1985 that were very difficult to regenerate but now available!

Allium breeding lines From the Netherlands and Bulgaria

2 A.schoenoprasum accessions from the Netherlands and a A.cepa accession from Bulgaria.

Unique pepper material from the eighties saved and now available

78 pepper accessions which were collected by IBPGR (currently Bioversity) in the eighties but only a small part was made available by the collectors. This material was also stored at CGN as safety duplicates. In consultation with Bioversity, CGN is regenerating this material to make it available. It concerns C. annuum landraces from Spain but also from Zambia, Syrian Arab Republic, Maldives and Bhuthan and 1 C. frutescens accession from Zambia.

A variety of cultivated lettuce accessions, including material from the European differential set defined by the International Bremia Evaluation Board (IBEB) and European modern varieties that are no longer commercially important to breeding companies.