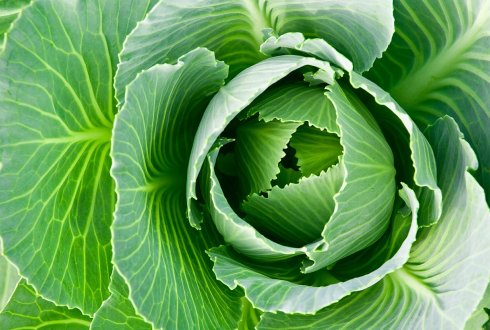 Vernalization of Brassica oleracea is generally performed on mature vegetative plants which are uprooted in autumn from the fields, potted and overwintered in a greenhouse at temperatures between 5-10°C. The cabbages are decapitated (appr. 3 cm of head remains). Other brassicas are defoliated, leaving appr. 6 leaves, to prevent rotting. Early cabbages are decapitated in the field (August), and the new growing shoots are cut and rooted. The cuttings are placed in a cooling compartment for 1 day, to desiccate the cutting surface. No leaves are removed, to avoid the creation of fresh tissue wounds. The cuttings are planted in trays with soil and covered with cheese cloth. After roots are formed, the cuttings are potted. The plants from these rooted cuttings overwinter.

Another method is 'stullenteelt' which is performed on not-mature plants, gronw in pots. The plants must have at least 7 leaves when they are overwintered in a greenhouse between 5-10°C. This vernalization method can only be used when no selection needs to take place of plants contributing to the regeneration of the accession.

Kailan and broccoli do not need vernalization.