During the Dutch National Week without Meat (8-14 March), we ‘must’ make do without animal proteins. How do we make up for the lack of this? What are the alternatives? How can we include these in our diet more often? And what does that mean for production? Questions that Simon Oosting, Marnix Poelman and Wijnand Sukkel of Wageningen University & Research deal with on a daily basis “This is an acceleration of a small win; a small meaningful change that sets the transition in motion.”

In order to properly feed the growing world population, something must change at many levels. The fastest and easiest step we can take is to reduce the daily consumption of animal protein. Simon Oosting, head of the Animal Production Systems chair group and leader of the flagship research project Alternative futures of a circular bio-based society, outlines our national protein intake: “A Dutch person consumes an average of about 100 grams of protein per day. About 60 grams of this intake consists of animal proteins.

The WHO prescribes 57 grams of protein daily, animal or vegetable. Can we do without animal protein? Yes, many vegans prove that. But no, we really do not all need a diet without meat and dairy. But if we want to be able to feed everyone in the future, the intake of animal proteins must and can be considerably lower. An enormous step can already be taken for our country if we eat slightly less protein every day and consume substantially less animal protein.”

A lower animal protein intake is not only desirable for Western body and limbs. The sustainability of animal production is coming under increasing pressure. The fact that we feed our livestock with rich feed materials such as grain, corn and soy to meet our animal protein requirements, which can also be eaten directly by humans, is far from efficient. In addition, livestock causes significant nitrogen problems and greenhouse gas emissions.

Herd decline therefore not only seems logical, but also necessary. Oosting: “That is why we have made model calculations in various projects to see what happens if we organize the whole of the Netherlands with circular agriculture. Can all Dutch people eat enough meat, drink milk and consume cheese? The result is that with circular agriculture we can produce 20 to 30 grams of animal protein per person per day, so at least half less than we currently consume.”

If we combine circular agriculture with lower (animal) protein consumption and less production for export, we can provide a substantial part of our national protein requirement. Nevertheless, in order to feed the population worldwide, we will also have to look for other sources. Marnix Poelman, project leader at Wageningen Marine Research, has an idea: shellfish. “Mussels, oysters, whelks, razor shells, pullet carpet shells and clams produce a lot of protein relatively quickly, quite more efficiently than land animals. In addition, there are still many areas at sea available for shellfish farming." 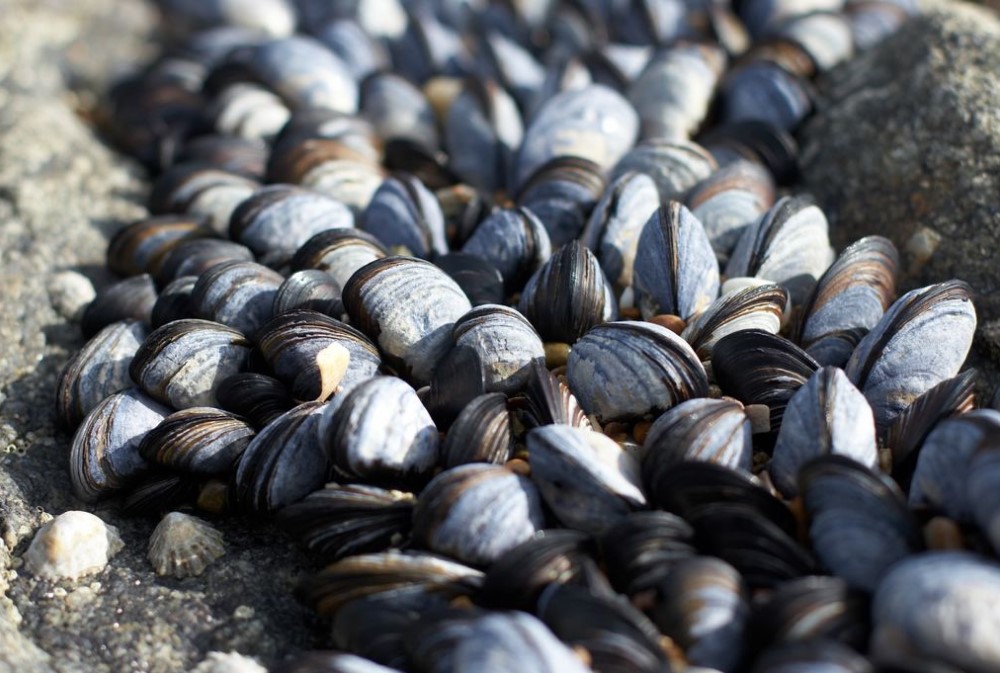 "For example, further off the coast and among the wind farms. We can scale up production and make a major contribution to global food supply with these little animals. We now know that there are limits to this too; we need to explore this within a climate-proof and nature-inclusive production and harvest."

The opportunities for a ‘blue economy’ are great. But the demand is still too small for that. Shellfish is hardly on the menu in Northern Europe and the US. According to Poelman, they have a complicated cultural profile. The presence of allergens and the perception of the food safety aspect do not make the mussel pan self-evident, some religious groups regard shellfish as ‘pigs of the sea’ and vegetarians still consider this species too high despite their low position in the food chain.

“We have to try to bring shellfish proteins to the market in a different way: in protein shakes, in burgers... We also have to wait for a certain scene to embrace shellfish; the market must then pick up such an idea and develop new products. In order to compensate for a shortage of land animal proteins, it is desirable that we incorporate shellfish into our diet. We cannot make it with mussels on the pizza now and then or a pasta with shellfish alone.”

In the province of Zeeland, various producers, farmers, breeders, fishermen and colleges are putting their heads together to entice the market to expand the menu with shellfish. Poelman: “For example, the mussel industry uses vloggers to get young people to eat shellfish. And initiatives are underway whereby a combination of shellfish, seaweed and legumes in one joint product can replace meat.”

This is grist to the mill of Wijnand Sukkel, senior researcher in AgroEcology and in that capacity closely involved in the Farm of the Future, a new concept to give shape to circular agriculture. He experiments with mixed and strip cultivation in the fields around Lelystad. The legumes of the leguminous crops play an important role in its success. 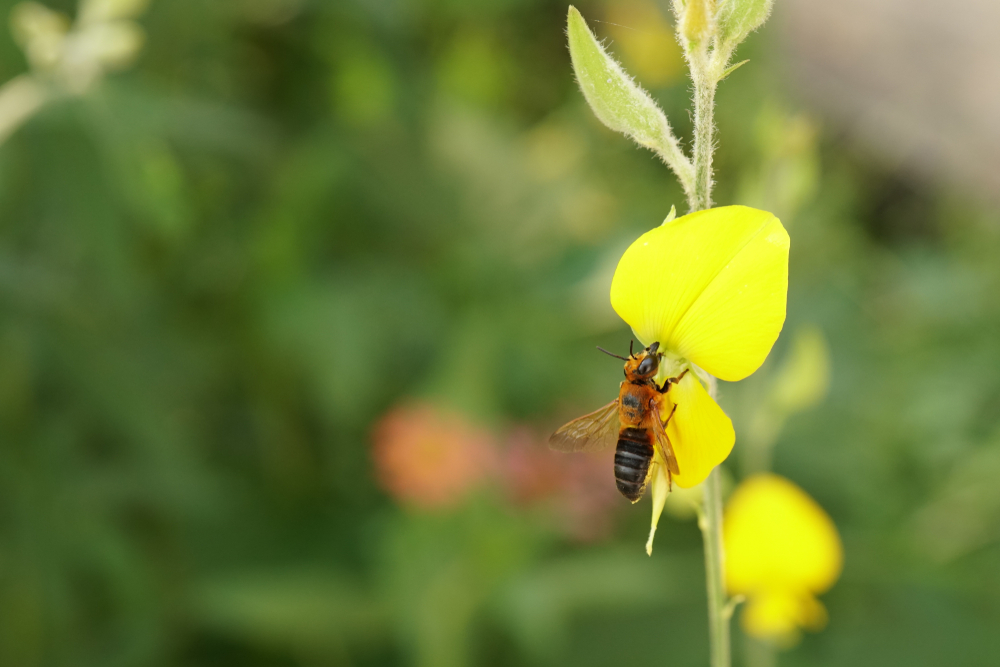 That is why he ardently advocates a more prominent role for peas, broad beans, lupine, lentils and other legumes in the Netherlands. Sukkel: “The value of leguminous crops for our current monocultural agricultural area is enormous. Especially if you use them in mixed and strip cultivation. The first advantage is that you break through the monoculture with this. More types of crops mean more biodiversity, higher tenability and more resilience."

"Leguminous crops also have the advantage of being able to bind nitrogen from the air. The tubers leak these nutrients through the roots to, for example, the nearby wheat or barley. That makes a difference in the use of fertilizer. In addition, this plant family is good at releasing phosphate, even in more difficult soils. Finally, the flowering of the plants attracts pollinators (insects) and creates a much nicer landscape image.”

In addition to the benefits for agriculture, peas, beans, lentils and lupines also offer an important solution to the increasing demand for proteins. But there is still some work to be done to meet that demand. Sukkel: “We have paid too little attention to these species. We hardly grow them, because we can import them very cheaply. This unfamiliarity has, among other things, ensured that little breeding has taken place on leguminous crops. The balance of the yield of legumes is therefore low for several reasons.” 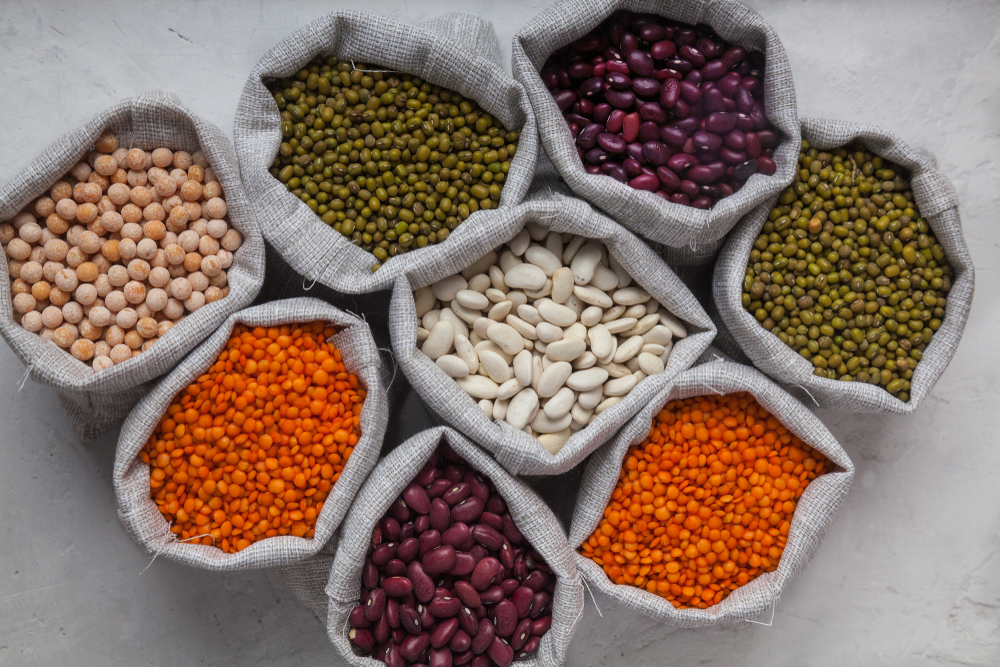 Still, Sukkel sees opportunities. “Farmers can increase their yield with these species if they grow leguminous crops for human consumption. We can significantly increase protein production with legumes.”

But then imports remain necessary for animal feed? “There is still a lot to be gained with the use of residual flows. There are really more crops than corn and soy that you can use to feed livestock well and better.

For example, Poelman suggests processing the residual flow from seaweed processing in animal feed. “Although it has a low protein content, it is rich in biostimulants, carbohydrates, good fatty acids and a number of good trace elements. We really need to think smarter about the use of foods. We now fish anchovy to make fishmeal for farmed fish. Now that is pretty inefficient! Better to feed the farmed fish with alternatives. A start can be a combination of shellfish and seaweed and release the anchovy for human consumption of proteins and fats. Both alternatives really require market transition and the inclusion of marine resources in a circular food system.” 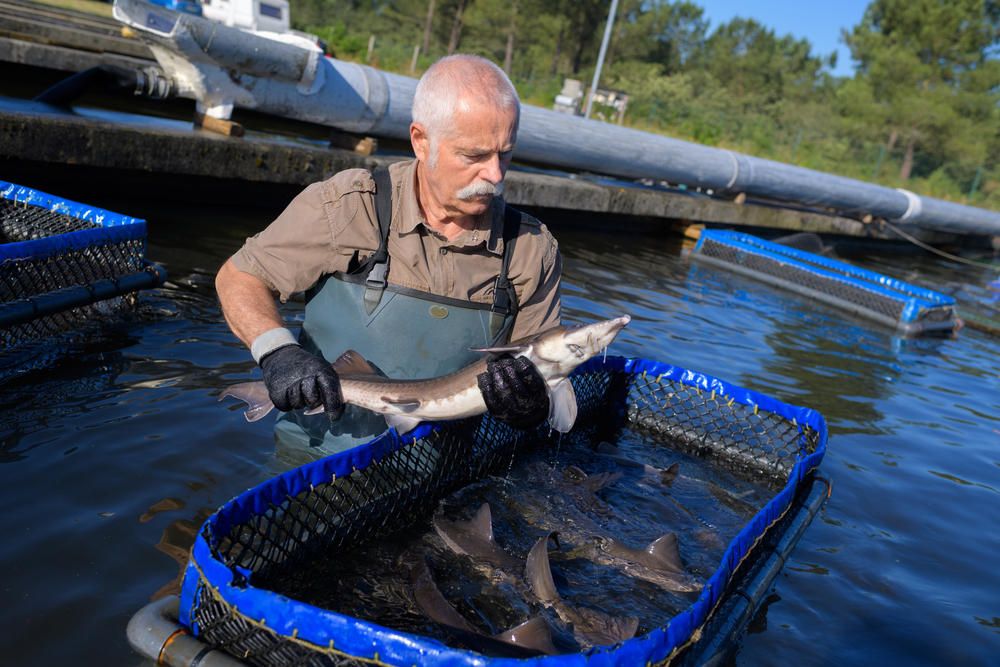 In the prevention of waste flows, in a nutshell the core of the cycle, Oosting sees the beginning of the solution. The (PhD) studies that are carried out in his chair group map out the consequences of making the food chain circular. “And not only in the environmental but also in the economic field. The models show that the optimal use of residual flows in food production offers unprecedented opportunities and gives an optimistic perspective."

But those happy numbers do not revolutionize yet. “This revolution is slow. Awareness in society about the health effects of a lot of meat is growing. More and more consumers skip meat one or more days a week and consider meat substitutes a serious alternative. Compared to ten years ago, we are already taking a huge step in the right direction.
This is an acceleration of a small win; a small meaningful change that sets the transition in motion. The will is there, the conviction must come from, for example, the Farm of the Future, the 'blue economy' movement or regional projects such as Can-Do-It.

Everything comes together in this last project, which takes place in Friesland, Groningen and Drenthe. An interdisciplinary team with expertise in crop and animal production, public administration, business administration and economics analyzes the results in agriculture, nature and the environment, as well as on socio-economic themes such as self-sufficiency or local employment. And this interdisciplinary approach is important, because if we want to make our food system more sustainable, everyone will notice something. This is not only the responsibility of the farmer, fisherman or government, the chain parties and consumers also have an important role in this transition. And that can start with a small win like the Week without Meat.”