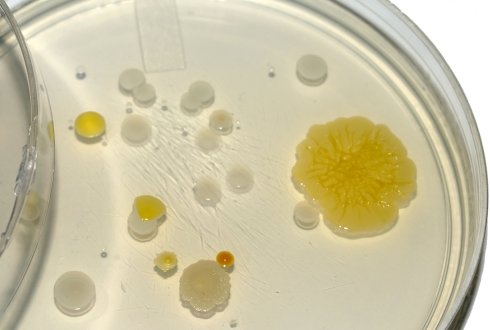 The causative agent responsible for the outbreak of hemorrhagic uremic syndrom (HUS) among consumers of fenugreek sprouts in Hamburg, 2011, was caused by an entero-aggregative E. coli O104:H4 (EHEC) strain. Most likely, the pathogen was already present on, or inside fenugreek seeds and from there it was able to contaminate sprouts. This is a remarkable phenomenon because the pathogen must have survived long-term storage and shipping on, or inside seeds. It was therefore our purpose to investigate whether this specific group of E. coli were able to survive on, or in seeds and to colonize plants emerging from contaminated seeds.

Work currently in progress in our laboratory is to explore the possibilities of entero-aggregative E. coli to systemically spread through plants with eventual risks on contamination of reproductive organs and developing seeds. We, therefore, used a mildly virulent entero-aggregative strain of E. coli, belonging to E. coli O104, and studied possibilities of outgrowth from pea seeds to emerging plants. We demonstrated that the bacteria on seed were able to spread to shoots and roots of emerging plants, with higher colony forming units present in root versus shoot tissue. Later in the development of these plants, until flowering and pod and seed production stages, E. coli O104 CFUs were only observed in root tissue and rhizosphere soil, but not in shoots, leaves and reproductive organs. As low numbers of contaminants may already result in disease outbreak, we will further explore the possibility of shoot and seed contamination of pea plants in greenhouse and field studies. We tentatively concluded that pea seed contamination with E. coli O104 will result in contamination and efficient colonization of roots and rhizosphere soil, but not in contamination of shoot and reproductive organs.