The Global Plan of Action for aquatic genetic resources of the Food and Agriculture Organization of the United Nations (FAO) requires implementation at a national level. The FAO defines aquatic genetic resources as 'farmed aquatic species and their wild relatives'. The aquaculture production in The Netherlands has three relevant sectors; shellfish, fish and seaweeds.

The Centre for Genetic Resources, The Netherlands, (CGN) of Wageningen University and Research (WUR), carries out Statutory Research Tasks (WOT) for the Dutch Ministry of Agriculture, Nature and Food Quality (LNV) to support the conservation and sustainable use of genetic resources for food and agriculture.

Priorities have been determined based on interviews with experts and representatives from the aquaculture sector, and by using literature sources. These priorities and proposed activities differ between species. Monitoring of genetic diversity in relevant species of shellfish, fish and seaweed, both wild and cultured populations, is a general priority area for aquatic genetic resources in the Netherlands. Next, based on the monitoring data, advise will be formulated for in situ and/or ex situ conservation measures for the most relevant aquatic genetic resources. CGN manages genebank facilities for long term cryoconservation of genetic diversity in livestock species, that can also be used for the purpose of cryoconservation of priority species of shellfish, fish and seaweeds.

It was concluded that the WOT aquatic genetic resources can focus on domestic species of which the aquaculture sector is dependent on for obtaining broodstock from the wild for reproduction, and/or of which the production takes place in open water. In addition, three exotic species that are common in Dutch waters for many generations are also a priority (Japanese oyster, pike perch and wakame), since they represent an important aspect of the Dutch aquaculture sector, or have a great potential for doing so. 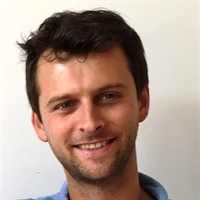 The report is in Dutch with an English summary.