Jente Ottenburghs studies the role of hybridization by means of adaptive introgression in the evolutionary history of goose species worldwide.

Hybridization can facilitate the exchange of genetic material across species boundaries (i.e., introgression). Geese, a group of birds exhibiting high levels of hybridization, provide an ideal system to study patterns of introgression.

Especially the Anseriformes (ducks, geese and swans) experience high levels of hybridization. The occurrence of numerous wild hybrids between several goose species indicates that there might be a considerable amount of genetic exchange within this bird family. Furthermore, if certain exchanged genes or genomic regions provide an adaptive advantage, this could lead to adaptive trait transfer between species. In such a way introgressive hybridization can play a significant creative role in the evolutionary history of goose populations. However, if the occurrence of hybridization and the subsequent exchange of genetic material becomes too large species integrity might be jeopardised. Therefore, certain genomic regions should be unsusceptible to introgression, since they preserve species-specific characteristics and/or contribute to reproductive isolation between species. The project proposed here has two main objectives. The first one is aimed at elucidating the creative role of hybridization in the evolutionary history of species, by means of adaptive introgression. The other objective is to identify genomic regions involved in the maintenance of species boundaries despite high levels of introgression. These objectives will be approached by studying the patterns of introgression across the genomes of all goose species.

Overview of the PhD project 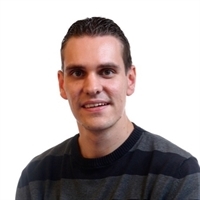