The presenters at the Shared Research Facilities seminar PTR-QiTOF for online volatile analysis on 12 December showed te possibilities of this technology for a wide range of applications. The non-destructive, fast and on-line method can be used for fast characterization of unknown compounds, diagnosis of food fraud, analyzing aroma profiles of fresh, stored and processed products and analysing Volatile Organic Compounds (VOC) from ex-hailed breath or nasal cavity.

A short introduction was given by Daniëlla Stijnen on the activities of Shared Research Facilities: such as the investments in state-of-the-art research equipment, enabling the sharing of WUR equipment, and making it easier to find research equipment in Wageningen.

Following, Alex Koot introduced the workings of the PTR-QiTOF by listing the characteristics of the equipment: ‘the samples don’t need any prior preparation, it is very fast -within seconds- technique, on-line measurements can be used for dynamic profiling, the soft ionization and dedicated software supports the identification of compounds by molecule mass’. He further went into details of the support he and his colleague can offer when anyone want to use the PTR-QiTOF.

Food authentication, with emphasis on software

After this introduction Martin Alewijn’s (RIKILT) first topic of presentation was the available software for the analysis and handling of the data. At this moment four software programmes are available, but others are in the process of being developed. Martin is able to advise researchers with new dataset analysis. Secondly, he discussed the applications for food fraud, his field of research. Food fraud is substituting, adding of food ingredients of making false statements about a food’s properties, albeit composition, processing or storage, production system or geographical origin. In all these cases, chemical profiling is used as an authentication tool, to possibly detect food fraud. He discussed the case of olive oil; a relatively expensive product, with a set origin, and the processing makes it vulnerable for fraud. A method using the PTR-QiTOF was developed, which can yield long-term results after corrections, the profiles of the olive oils suffice to discriminate Extra Virgin Olive Oils and other olive oils. RIKILT is working on formal validation and accreditation of this method, which is foreseen in 2018.

Applications in fresh logistics was the topic discussed in the presentation ‘ Sniffing out quality fruit’ of Bastiaan Brouwer of Wageningen Food & Biobased Research. The VOC analysis is used to determine the quality of the fruit and can be combined with other input obtained, e.g., sound, vision, taste and smell. Different varieties of strawberries show a different volatile compound composition at the same stage in the logistics chain; differences in volatiles are also found in different origins and harvest dates in the same variety in pears.

When researching food design of chewing gum, the Food Quality Design group used the PTR-QiTOF. These results were combined with sensory analysis to monitor aroma release, as Vincenzo Fogliano showed in his presentation. For this research a panel made up of Chinese and European and males and females chewed the gum, while the PTR-MS and sensory analysis were preformed simultaneously to investigate flavour release during consumption, to clarifying the relation between flavour perception and flavour release among panelists. In the second research project discussed, consumer preferences for different varieties of maize developed in a breeding program in Africa were investigated by linking volatile profiles and sensory tests.

Jurriaan Mes presented the research approach Food & Biobased Research used to investigate biomarkers for disease through volatiles analysis in the mouth and nose cavity and through exhaled breath analysis. As some common biomarkers for diseases are well known, a panel of elderly persons took part in the study with the PTR-QiTOF for these breath-markers. The results are currently being analysed, and will give further direction to the research. The ultimate goal is for the development of faster and non-invasive analysis for disease biomarkers , which will lead in its turn to finding nutritional interventions to reduce disease. 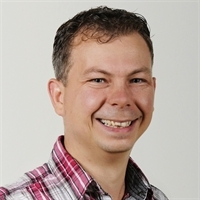 Do you have a question? Ask our expert: AH (Alex) Koot
Contact form + Show more (1)