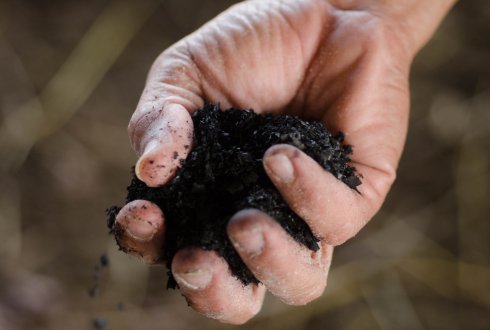 However, little is known about the sources of carbon that could enter the pyrolysis chain and end up as biochar. Which products and what amounts of potential biochar sources can be produced locally, regionally and nationally? What is the quality of these products in terms of recalcitrance (carbon credits)? What is the impact of these various sources on emissions of greenhouse gases from the soils (interactions between biochar and soil organic matter; but also a potential regulatory role of biochar in emissions of nitrous oxide)? Carbon sequestration through biochar is not only a technical issue, it is likely to have also social consequences. How do national policies hinder or stimulate a biochar credit system compared to a system that provides payments for above-ground carbon storage in woody vegetation?
Together with project #4 the project will assess potential trade offs between agricultural sustainability and productivity and carbon sequestration and link these data in a decision model that could affect policy makers and institutional discourses when scaling up local Terra Preta Nova projects. Together with project #4 it provides a framework for further questions such as: To whom would benefits (agricultural production, carbon sequestration) accrue? Who would decide about quantities and rates of charcoal addition to such soils? Who decides in cases there is a trade off between soils as carbon sinks and Terra Preta Nova soils as sources for sustainable agriculture?