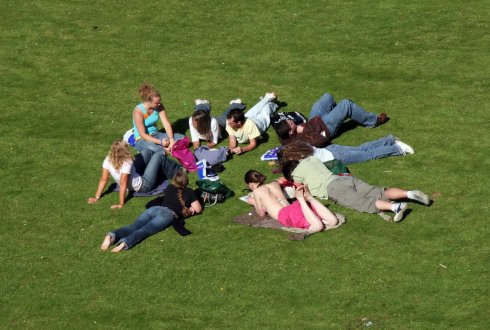 The 2CultureEncounterGame is a diversity game that is developed by Yauk, a training firm in Wageningen specialized in diversity topics. This game is played and tested in different companies and Agricultural schools (AOC’s) in the Netherlands and has been a wonderful cultural experience for all participants.

This game is an interactive simulation where two groups are brought into contact with each other, each forming its own culture. Both groups have their own habits, rules and way of living, which both groups practice (according to a predefined case) in their own group in beforehand. Due to the contact moments (encounters) of both groups during the game, they observe each others culture and try to participate in the other group. By doing that they encounter difficulties and problems since they notice that they stick to their own frame of reference (beliefs/customs/habits/values etc). The participants will be confronted with their own way of thinking/perceiving/judging about other cultures and the impact of this on the way they interact and communicate with others, which helps them to relativate their own culture and adapt to new cultures.

The game is very effective in allowing the participants to experience the difficulties and problems they face when people from different cultures meet. It learns people to look at behavior, norms and values of another group in a strange and unfamiliar situation. Besides, it helps participants of the life game to empathize with the situation of someone in a foreign group, and how to relativate its own culture in order to adapt to the new culture.