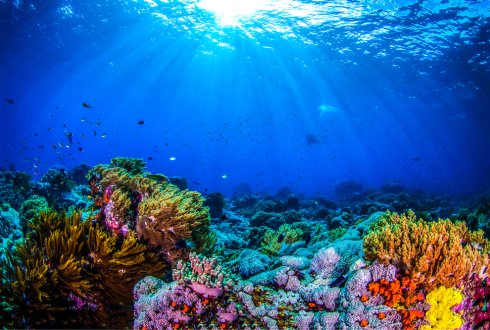 The thesis describes the ecological degradation that the coral reefs of Curaçao and Bonaire have undergone since the early 1970s as a result of the impact of continuous human population growth. The Anthropocene, the era in which humans are changing the climate and atmosphere, has had repercussions on the species composition of these reefs. Opportunistic organisms such as algae and, in particular, cyanobacterial mats thrive at the expense of corals. We also see a shift from large reef-building coral species to coral species that grow less rapidly and less quickly lead to a characteristic high-diverse coral reef. A positive finding is that some of the least degraded reefs have been found in reserves where entrance for humans is prohibited. The key message is that we can still preserve coral reefs and the services provided by these unique ecosystems if we intervene immediately both locally and globally.