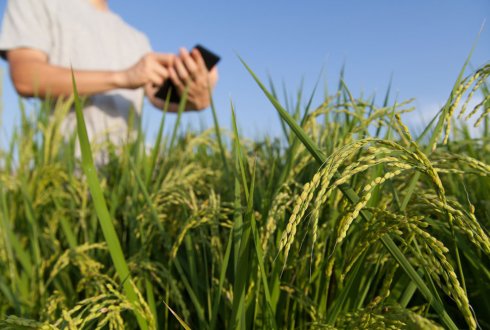 In order to make optimal use of barley as a raw material for brewing, the structure of the barley kernel was investigated. Due to an inhomogeneous distribution of the components inside the barley kernel, pearling can be used as a pre-treatment before brewing. Pearling is fractionation process which can remove material from the outer layer of the barley kernel. The outer layer contains components which are not necessary for brewing but which can be used in different applications. The resource use efficiency analysis was done in order to investigate the efficiency of brewing wit and malting barley in enzymes instead of with malted barley. Furthermore meshes were prepared with different ratios of malted and unmalted barley, and their composition was analysed. Brewing with malted barley proved to be possible and more efficient compared to bring with malted barley.