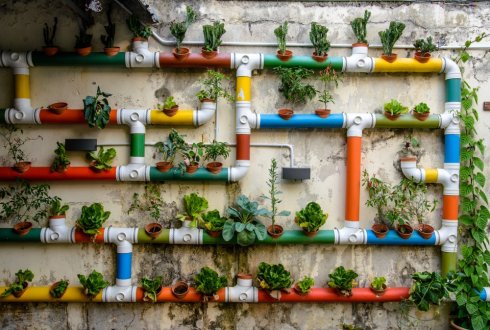 What economic perspectives are there for a circular food system? Join this dialogue and exchange ideas!

Dialogue on Economic Perspectives for a Circular Food System

Krijn Poppe is educated as a business economist and works as research manager at Wageningen Economic Research. He works with customers to translate societal issues into research programmes. Poppe is involved with several major, multidisciplinary research projects in the EU. He is also active as council member of the Council for the Environment and Infrastructure, where he worked on advices for food policy and the CAP. Poppe also serves in several executive functions.

Prof. dr. Imke de Boer is chairholder of the Animal Production Systems group of Wageningen University & Research. Her work is centered around the question: What role, if any, does animal-source food play in a sustainable diet? Together with her team she explores this complex question which touches upon one of the essences of human life: eating healthy and well. She deeply cares about the future of our food system, and actively participates in debates about alternative futures. She moreover is member of the Dutch Council on Animal Affairs, which advises the agriculture minister on animal welfare.

Joris Lohman is the founder of Food Hub, a social enterprise that aims to accelerate society’s transition to a good, clean and fair food system. Food Hub creates novel forms of food education and aims to create an interdisciplinary network of changemakers across the agri- and food value chain. Joris holds a MSc in political science (University of Amsterdam and Paris IV) and is Member of the Executive Committee of Slow Food International.

About lecture series Economic Perspectives for a Circular Food System

Attention for circular food systems is booming. Now that Dutch agriculture has to move towards circularity, it becomes clear that a lot of questions with regard to the business model for food producers, fair and true pricing along the chain, and the economic system in general, remain unanswered. For example, can farmers make a living from circular production? Are consumers and retailers willing to reward circularity? How do we organise responsibility in the food chain? Are there options to move beyond growth and GDP? In this series we will discuss these questions and explore the role of the economy in the transformation towards a circular food system.

This series is organised in collaboration with the Animal Production Systems group, Agricultural Economics and Rural Policy group, and Wageningen Economic Research. These four public events can be followed separately. They can also be followed as part of a new university course (capita selecta, 3 ECTS) which is organised in period 5, in the evening.

More information about the course