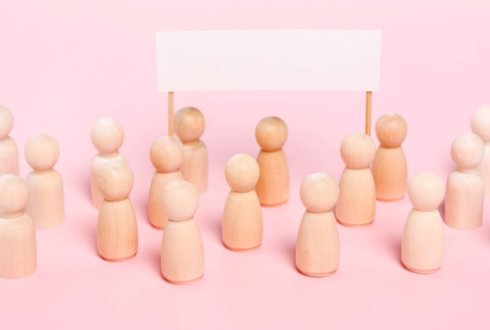 Discover how historical and contemporary works by feminist artists and critics question dominant female representations and their impact on (gender) identity.

You are confronted with images of human beings on a daily basis. What do these images you see on Instagram, in advertisements, and in the news do to the way you look at yourself as a woman or man? And why would this matter? Art historian and curator Mirjam Westen explores how images of women in art and (social) media reinforce existing norms about femininity and masculinity, and (re)produce imbalanced gender power relations. Discover how historical and contemporary works by feminist artists and critics question dominant female representations and their impact on (gender) identity.

Mirjam Westen is senior curator of contemporary art at Museum Arnhem, as well as an art critic and editor. She studied art history at the University of Groningen and the University of Amsterdam. How art relates to societal issues, gender, cultural diversity and global art is a common theme throughout her exhibitions and publications. She developed her interest in this themes as a curator, art critic, editor and university lecturer.

Mirjam Westen has organized solo exhibitions as well as national and international theme-based exhibitions, such as Millennials (2016-2017), What We Have Overlooked (2016), The Mirrored Eye. The Self-Portrait in Dutch Art 1900-2015 (2015), Threads. Textile in art & design (2014), Female Power. Matriarchy, Spirituality, Utopia in Art (2013), and rebelle. Art & Feminism 1969-2009 (2009). She was co-curator of the historical exhibition A chacun sa grace. Femmes Artistes en Belgique et aux Pays-Bas 1500-1950 (1999-2000). In addition to her curatorial and writing activities, she gives lectures. She is member of AICA, M/Other Voices and of the International Association of Curators of Contemporary Art (IKT). She is currently chairwoman of ArtTable Netherlands and committee member of Foundation War Requiem - Bridge to the Future.

While much progress has been made over the past decades in terms of women’s emancipation and gender equality, at the same time we witness a feminist revival today. How can we understand this? And what is feminism anyway? Discover the many faces feminism has had in different contexts and times, and how this reflects societal developments and feminist paradigms. Explore how feminist artists challenge dominant female representations, and find out how we can comprehend the contemporary rise of anti-feminist movements.

Screening of ‘The Feminister
Movie on the ‘feminist foreign policy’ by the Swedish minister of Foreign Affairs
Movie W, Tuesday 15 October, 20:00 hrs (free entrance with WUR-card)