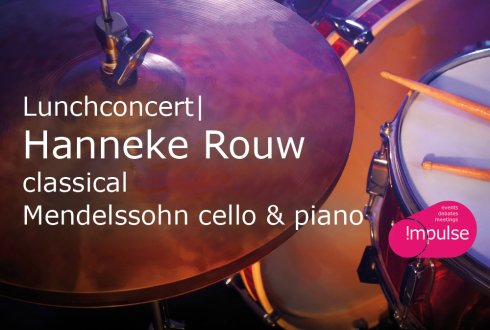 The Dutch cellist Hanneke Rouw began playing the cello at the age of eight. Eight years later, she was given an honorable mention at the Prinsess Christina Competition; a competition for young classical talent in the Netherlands. She played solo with the Britten Youth Orchestra in the same year. Later, Hanneke attended the preparatory program of the conservatory in Zwolle and the Luca School of Arts in Leuven, Belgium. Her inspiration comes from interactions with internationally-renowned cellist players such as Stephen Isserlis and Anner Bijlsma.

Last season Hanneke was on tour in the Netherlands and performed the six cello suites by Bach and the sonatas by Beethoven, Mendelssohn, Chopin, Debussy, Prokofjev and many more. She was accompanied by amongst others the Dutch pianist Anouk de Jong and the Russian pianist Sofia Vasheruk. Given the success of this tour, Hanneke Rouw will tour through Europe the coming season. She will perform in the Netherlands, the United Kingdom, Italy and Germany.

Hanneke plays a German cello that was made at the beginning of the 20th century. The purchase of this instrument was made possible through contributions from the Prins Bernhard Cultuurfonds and the Stichting Eigen Muziekinstrument.