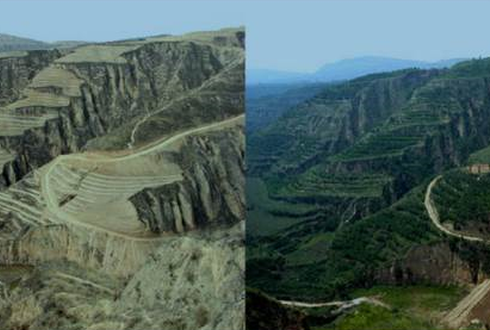 Abstract
The rapid development of human economic society has led to the emergence of ecological and environmental problems, so vegetation protection and regrowth have increasingly become the focus of people’s attention. In recent years, the international community has concluded a series of action plans to implement vegetation and forest regrowth. In the Loess Plateau region of China, in order to control serious soil erosion, local government departments have implemented several rounds of greening projects in the past ten years; therefore, it is expected that vegetation restoration and regrowth now has occurred in this area. In this study, we have selected Yanan city in the gully region of Loess Plateau as the study area, and visually observed and recorded the vegetation changes in this area from 2000 to 2017 with Collect Earth. The Google Earth Engine is also used to quantitatively analyse the sampling locations where greening occurs, including the calculation of the three typical indexes NDVI, NDMI and TCW. This study also involves the integration of visual observations and quantitative analysis results. In the end, we found that the vegetation cover of Yanan city during the selected study period has significantly improved, which can be considered as a typical vegetation regrowth region.