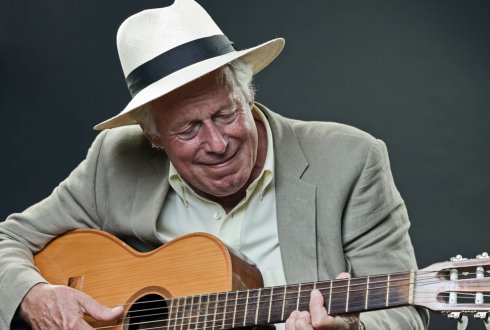 One and half century ago average world-wide life expectancy hovered around 45 years. Currently, in most ‘Western’ countries this figure has soared to over 80 for women. Many present-day students will become centenarian. In this series we concentrate on the biological and medical aspects. Next year we’ll continue with a series on the social impacts of an aging population.

What is the maximum age of a human being?

Evolutionary theory provides a powerful framework for investigating and explaining complex biological phenomena. For instance, current biomedical research on aging is strongly embedded in evolutionary theory.
It is increasingly well-documented that a wide range of circumstances, among which conditions during development and early-life, influence late-life health and aging. Many of those have been related to natural selection and the evolutionary process of adaptation.

Professor dr. Bas Zwaan (WUR) will dig into the biological and evolutionary backgrounds of aging. Providing examples of theoretical modelling, experiments, and observations from human cohorts, he will among others improve our understanding of the link between development and aging. What could be the evolutionary function of aging, and how old can we humans get?

Bas Zwaan is Professor of Genetics at WUR. Over the years, he has developed an experimental evolutionary framework in which to study the genetic and environmental aspects of aging and longevity, in particular by using artificial selection and experimental evolution in the fruit fly Drosophila melanogaster, the seasonal butterfly Bicyclus anynana, and the fungus Podospora anserina. This framework allows the study from the levels of gene expression, physiology, and metabolism through to how they explain lifespan and aging rates, based on natural genetic variation. His work thus focusses on uncovering causal mechanisms of aging by using relevant biological systems that can both genetically and environmentally experimentally manipulated. Crucial is that he seeks to connect this work to variation in aging rates, lifespan, and health in human populations. His current interests include, (i) uncovering the mechanisms of how the developmental nutritional environment shapes the adult phenotype for reproduction, lifespan, and aging, (ii) the characteristics of natural genetic variants for lifespan, and (iii) the adaptive significance and evolution of phenotypic plasticity in response to the nutritional environment.