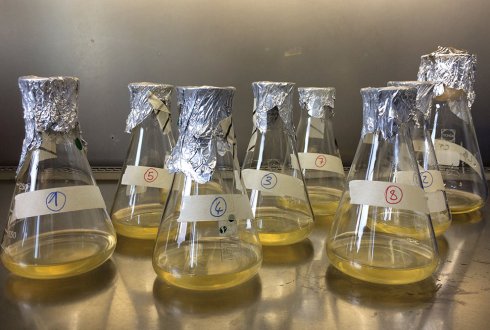 Despite vaccines and antibiotics, we do not have infectious diseases under control. We are now trying to gain a better understanding of the evolution of the bacteria and viruses that cause these diseases. However, will this knowledge help us predict new infectious diseases and allow us to develop more targeted and effective antibiotics and vaccines?

Infectious diseases have long posed the biggest threat to our health. Major pandemics, such as the Black Death in the fourteenth century and the Spanish flu in the twentieth century, cause widespread mortality and have catastrophic consequences for society. The discovery that bacteria, viruses and other parasites cause infectious diseases significantly reduced mortality rates in the twentieth century. This is partly because it led to improved hygiene, the discovery of antibiotics and the development of vaccines. Nevertheless, infections still pose a major threat to our health. Examples include the AIDS epidemic in the 1980s caused by the HIV virus (which is still a problem today), Q fever, SARS, the Mexican flu, Ebola and Zika.

Why haven't we managed to control infectious diseases?

The reason why we struggle to control infectious diseases is because the pathogens that cause them change and evolve continuously. Microorganisms like bacteria, viruses, fungi and prions (distorted proteins) evolve rapidly and can adapt to both humans and drugs. For instance, they can develop resistance to the antibiotics we use to combat them. Infectious diseases that occur in animals and livestock can also evolve and be transmitted to and spread among humans. When this happens, a new infectious disease is born. This fear became a very scary reality when bird flu was detected in chickens and wild birds in the Netherlands in late 2016.

What makes the development of new infectious diseases difficult to control is that potential pathogens can occur in large numbers and reproduce rapidly. This increases the likelihood that new disease strains will evolve and spread successfully.

In order to keep drug resistance and the development of new infectious diseases under control, we need to gain a better understanding of the evolution of the bacteria and viruses that cause them. Ideally, we want to be able to predict potential changes in order to develop targeted antibiotics and vaccines to prevent an outbreak of future diseases.

Evolution, however, is hard to predict due to the influence of unplanned events, such as changes to genetic material (mutations) that create new characteristics or unpredictable environmental changes that help to determine the success of new strains. For example, the success of a new zoonosis – an infectious disease in animals that can be transmitted to humans – not only requires a strain that is capable of animal-to-human transmission, the disease must also be transmittable through animal-human contact. This transmission can occur directly from animal to a human, or indirect via a vector (insects). An example of a vector borne disease is Malaria. The pathogen must then be able to successfully multiply in a human, and the infected person must have sufficient contact with other people in order to spread the disease in the human population.

In short, our goal is to predict the evolution of new infectious diseases from a Global One Health perspective – a perspective that takes into account all relevant steps.

In Wageningen, we aim to take the first step by predicting the evolution of antibiotic resistance in the laboratory. We are doing this with the help of controlled evolution experiments in which bacteria populations are exposed to antibiotics. Due to their large numbers and rapid multiplication, even small populations (in a nutrient-rich water droplet, for example) become resistant to antibiotics in a short period of time.

We repeat these evolution experiments on a large scale and analyse them afterwards. This helps us gain insight into the repeatability of evolution. If we find that this evolution follows the same sequence of mutations, we may be able to predict the pathways. This, in turn, may help us influence changes to the genetic material of bacteria in such a way that we can gain control of infectious diseases.

Our research has found that evolution does indeed prefer certain mutation pathways that lead to antibiotic resistance. We are gaining a better understanding of the circumstances under which this occurs. For instance, we discovered that repeatability of evolution is greater in larger bacteria populations compared to smaller ones. We also found that smaller populations sometimes develop higher antibiotic resistance than larger ones. While some of these pathways make bacteria resistant to certain antibiotics, the good news is that it can make them more sensitive to others. This opens up new possibilities to create smart combinations of antibiotics that can circumvent the problem of resistance.

Other research groups use mathematical models to predict the influenza virus in the next flu season. This can help us develop vaccines that can protect people from a future virus before it reaches the general population. Physicists Marta Luksza and Michael Lässig from the University of Cologne developed a model that can accurately predict which of the existing viruses will cause the dominant strain of the seasonal influenza virus. They did so by counting the number of mutations in a virus gene that interacts with our immune system. They examined mutations shared by many viruses, as these likely gave the virus an evolutionary advantage.

The future of evolutionary biology

Biologists have long tried to understand evolution by researching the similarities found in existing species that are themselves the product of evolution. Using mathematical models and evolution experiments in a laboratory setting, these researchers have started to predict future pathogen adaptations. An additional focus is on potentially damaging infectious diseases that are either new or resistant to our antibiotics. Predicting their emergence, however, requires a detailed understanding of how they evolve. New methods of researching and modelling evolution on a large scale and a holistic Global One Health approach are extremely important.