Thousands of volunteers are involved in the monitoring of nature and biodiversity in the Netherlands. Their observations of plants, animals and mushrooms and toadstools - as well as the subsequent analyses and interpretations - are extremely valuable. Research into nature and biodiversity relies heavily on the efforts of hobbyists and amateur scientists. Even just the reports that the Netherlands is required to submit to the European Union are 95% based on data collected by volunteers.

What is citizen science?

There is a term for this involvement of volunteers in scientific research: citizen science. Nowhere else in Europe is there such intensive collation of data by regular citizens about nature as in the Netherlands and the United Kingdom. In the Netherlands, that is partly due to a long tradition of recording nature observations, a high density of volunteers and an infrastructure of professional organisations that support volunteers and help with the collection and interpretation of observations. ‘The system is well structured,’ according to researcher Bas Breman of Wageningen Environmental Research.

Breman and his WUR colleagues Wies Vullings and Arnold van Vliet mapped out citizen science for nature in the Netherlands for the Ministry of Economic Affairs. The report describes the strengths and weaknesses of the system and sets out points for improvement. They make reference to the great value of the observation system. ‘However, the good performance of the system is not automatic,’ says Breman. ‘The value of citizen science is underestimated, and that makes the system vulnerable.’

The researchers have identified four levels in the involvement of the general public in science: from crowdsourcing (such as the national bird census in which everyone can participate) to ‘extreme citizen science’ in which a small group of volunteers work as scientists in a professional manner on the definition of a problem and the collection and analysis of data. The volunteers dedicate their time and efforts to the cause out of a love of nature and because they gain enjoyment and satisfaction from it. British research into participants’ reasons for volunteering also highlights these aspects.

At Wageningen University & Research, biologist Arnold van Vliet has elevated citizen science for nature to a higher level. Van Vliet is the powerhouse behind Natuurkalender.nl (‘nature calendar’), which began in 2001 as a project investigating the effect of climate change on nature on the basis of volunteer observations. The large quantities of data made available thanks to the citizens’ observations made it possible to set out the effects of climate change in back gardens in detail. He later stood 'at the cradle’ of other projects such as Muggenradar.nl (studying mosquitoes) and Allergieradar.nl (studying allergies); his latest project is the Growapp. The development of apps for the smartphone has magnified the possibilities of citizen science. For instance, WUR developed the FoodProfiler app for the collation of information about food choices.

In the Netherlands, citizen science for nature is highly valuable for policy, economics, science and society. Researchers, managers and policymakers use the collated data to understand, conserve and promote nature. For the volunteers themselves, taking part increases their knowledge and sense of involvement, and consequently also their support for nature. Their contribution to science also represents great economic value. Good basic funding is required for the start-up and design of citizen science projects, but the projects are certainly cost-effective. Without volunteers, data collection and analysis is eight to ten times more expensive - that's the conclusion of the researchers, partly on the basis of a cost-benefit analysis of citizen science. Thanks to developments in statistic, unstructured data, such as those of waarnemingen.nl where everyone can store and share nature observations, are becoming increasingly useful for science. For instance, the nature news website Nature Today reported this month that a plague of wasps (article in Dutch only) is expected as so many queens have been observed.

‘At present, we're getting something for nothing,’ says Breman. ‘If we are prepared to pay just a fraction more, we could gain more value from the collected knowledge.’ For instance, the Dutch National Database Flora and Fauna (Nationale Databank Flora en Fauna, NDFF) alone already contains more than 100 million observations. ‘By linking up databases or combining them with satellite data, we can gain much greater value from data,’ Breman continues. For instance, the Netherlands could develop specific knowledge on the workings of ecosystems or the impact of urbanisation on nature and biodiversity, he believes. Broader development is also desired, i.e. monitoring a wider range of species. ‘The compulsory EU reports address just a limited number of animal and plant species, and even the biennial Living Planet Report by the Worldwide Fund for Nature limits itself to populations of mammals, birds, fish, reptiles and amphibians. However, everything else that happens in the soil and the water is a bit of a mystery, even though that is relevant for a greater understanding of the situation.’

A good system of observations also allows you to demonstrate and celebrate the success of a policy, and to devise and implement more effective policy. Citizen science is therefore also important in political and administrative terms. A few years ago, the responsibility for nature management in the Netherlands shifted from the national government to the provinces. This involves a risk of fragmented policy. ‘On the basis of the collated nature data, you can also investigate the effects of the provincial policy on nature and biodiversity,’ explains Breman.

One point for concern is that organisations that are involved in citizen science often find it difficult to find and retain new and young volunteers. The Wageningen research team have therefore made a number of recommendations with regard to volunteers:
Continue to invest in training volunteers;
Show them how the data is used;
Involve a broader section of the public by means of focused communications, for instance on nature in their own city
Get children and young people involved in citizen science, for instance through projects at primary schools.

In March, a number of green voluntary organisations - SoortenNL, IVN and LandschappenNL, supported by the twelve Dutch provincial governments and the Dutch Minister for Agriculture Martijn van Dam (Ministry of Economic Affairs) - presented the manifesto ‘De kracht van de groene vrijwilliger’ (The strength of the green volunteer). In this document, they make a plea for everyone - irrespective of phase of life, educational background, cultural background, or place of residence - to be given the opportunity to contribute to their living environment. After all, that would benefit nature and the landscape as well as the people themselves.

Wies Vullings has among other things expertise in data use and quality. 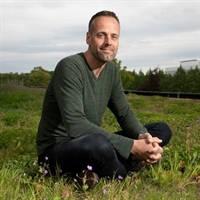 In order to communicate about citizen science, 'Suzie' has been brought to live. Suzie is a dynamic infographic (in Dutch) which explains that the system with voluntary observers is valuable and vulnerable at the same time.