Foraging bumblebees make up to a 1000 landings on flowers each foraging trip. They have to be able to fly and land in various weather and light conditions, for example in varying wind conditions, humidity levels and temperatures. While depending on their visual information for their flight control, they are also able to fly and land in a wide range of light conditions. For example, bumblebees forage early in the morning light intensity is still low, and when pollinating inside greenhouses, bumblebees sometimes have to deal with large changes in the colour spectrum of the light.

This study is a part of the PhD project “Bumblebees in the spotlight”, in which we study the visual-motor system of flying bumblebees. The project is a collaboration between the Experimental Zoology Group, the Resource Ecology Group, the Behavioural Ecology Group, and Bees@wur at Wageningen University & Research. 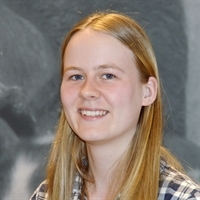