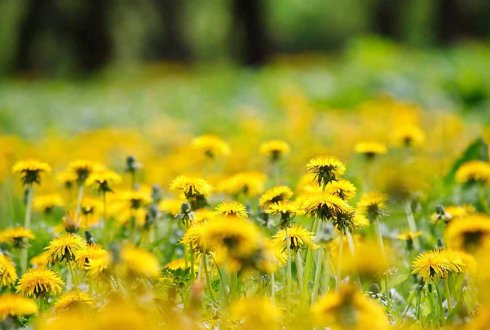 Is European natural rubber going to conquer the market? Ingrid van der Meer thinks this is very likely now that the EU project DRIVE4EU has been successfully concluded. Companies are ready to bring this European alternative to South East Asian natural rubber to the market. But the first thing that must be achieved, is the construction of a large extraction factory.

Without natural rubber, airplanes can’t take off and land, cars can’t ride, and vital medical equipment can’t function properly. Those are just three examples of applications that depend on natural rubber. The world is heavily reliant on producers in South East Asia, where the large rubber tree plantations are found. “That production is under pressure,” says Ingrid van der Meer, project leader at Wageningen University & Research. Natural rubber production is very labour-intensive and many farmers have switched to more profitable crops, such as palm oil. In addition, rubber trees are very sensitive to a specific fungal disease. In South America, where the rubber tree originates from, this disease has completely wiped out the large rubber tree plantations.”

The good news: there is an alternative. And the source of it is the Russian dandelion, a small plant that only grows in the wild on the plateaus of Kazakhstan. In EU-PEARLS, the predecessor of the recently completed EU project DRIVE4EU, also coordinated by Wageningen University & Research, it was already demonstrated that the small plant produces good-quality natural rubber. In DRIVE4EU, WUR has – together with European industry and research institutions – been working on the development of a viable European production chain. This project has been successfully completed, according to van der Meer: “We could scale up all steps in the production chain. For instance, cultivation protocols have been developed for newly developed varieties that produce a larger amount of rubber. A patented process was filed for the extraction on an industrial scale. And the end products that have been developed as part of this project, such as the car tyres, are of good quality.”

Van der Meer expects that it will be possible to produce 700 kilos of rubber on European soil within the next five years, and that this can rise even further to 900 kilos. “At yields of 700 kilos per hectare, it is already profitable. Getting a large factory set up for the extraction of European natural rubber will be crucial.” She does not doubt that this will happen: “Last October, we celebrated the conclusion of the project during a stakeholder meeting. Partners from every link in the production chain were present, from growers and breeders to machine builders and tyre producers. Of course, it involves huge amounts of investment, but large parties do seem to be interested. It just has to be implemented.”

European farmers will get involved, predicts van der Meer: “They like a new crop with a decent yield to be used in crop rotation, one that does not need expensive investment in machinery. That is not necessary, because the Russian dandelion is very similar to a crop such as chicory.” In the meantime, work will continue on improving the crop, including the development of plants with thicker roots which produce more rubber.

But first, we need to build the factory and that is definitely on the horizon. Van der Meer: “The worldwide demand for natural rubber continues to grow. An alternative to Asian natural rubber has to be made available.”

This article appeared in the WUR Circular Biobased Economy Newsletter. Do you want to receive the newsletter? Submit your e-mail address below