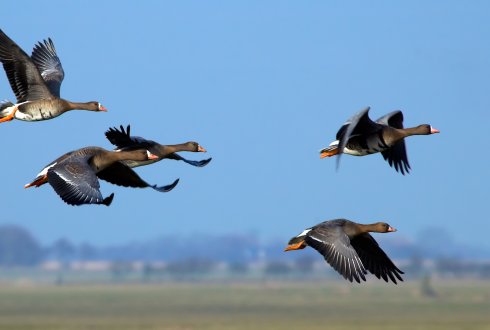 In November 2016, many dead water birds were found in the Netherlands. Wageningen University & Research Bioveterinary Research proved that a great deal had died of an H5N8 avian influenza virus infection. The contagious virus also occurred at multiple poultry farms. The infected poultry were culled to prevent virus spreading. Determination of the genetic code of the viruses showed this avian influenza had been introduced by the autumn migration of wild birds from Russia. Inter-farm transmission could be ruled out for most affected farms, as the viruses were not genetically related. This is vital information for effectively fighting the disease.